For The Love Of The Leopard

I love leopards. I love seeing leopards, but I love finding leopards more. The thrill of searching for the elusive solitary cat, the Princess of Darkness. They don’t always give themselves away so easily, therefore we rely on alarm calls of other creatures like squirrels, Vervet monkeys, baboons, birds, all of which don’t like leopards and hence tell us exactly when they are around. 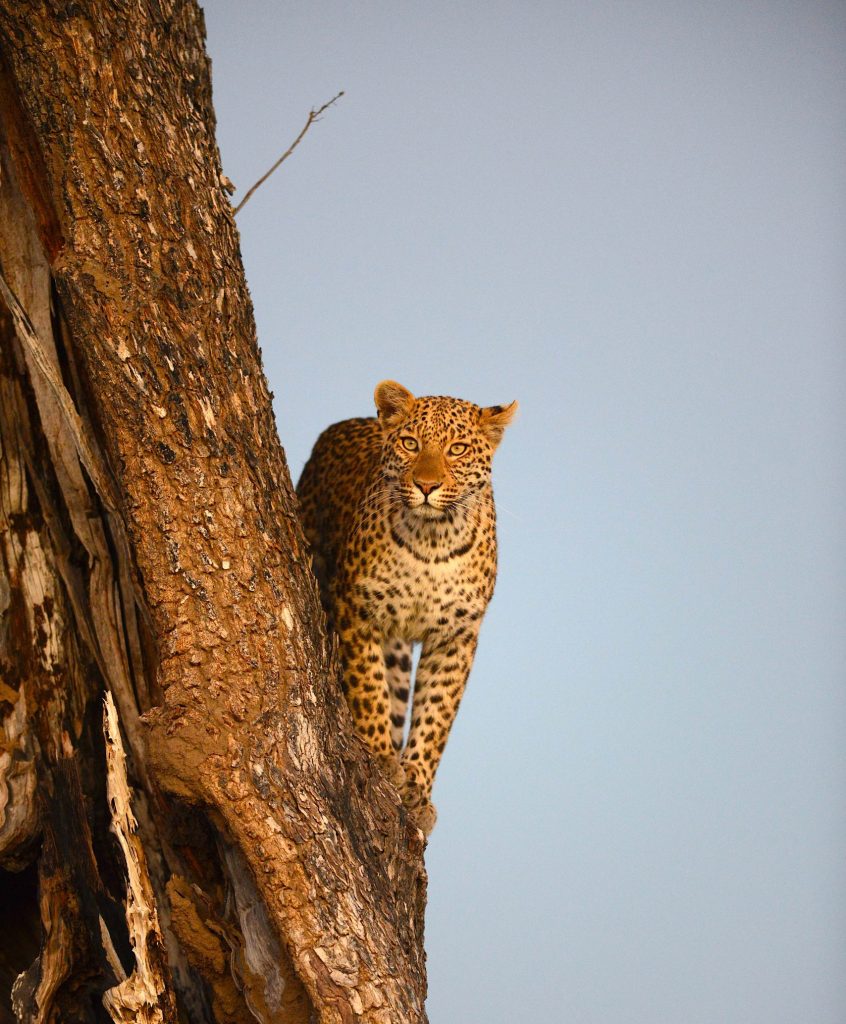 One day while on safari in Southern Africa, while sipping a cocktail by the pool midday, we heard monkeys alarm calling. We knew there was a leopard somewhere close by and then glimpsed the rosettes on the opposite side riverbank, gliding through the long grass. To see such an elusive creature right before our eyes was a moment we will never forget!

Leopards are adaptable as they have an extremely varied habitat tolerance and a hugely varied diet. From giraffe calves to waterbuck weighing over 300lbs, both are easily hunted and pulled up a tree by the leopards steel jaws. However, when hearty meals like this aren’t available, the leopard isn’t fussy and will also devour smaller animals like birds, rodents and mongoose.  Leopards will happily adapt their diet according to where they live. 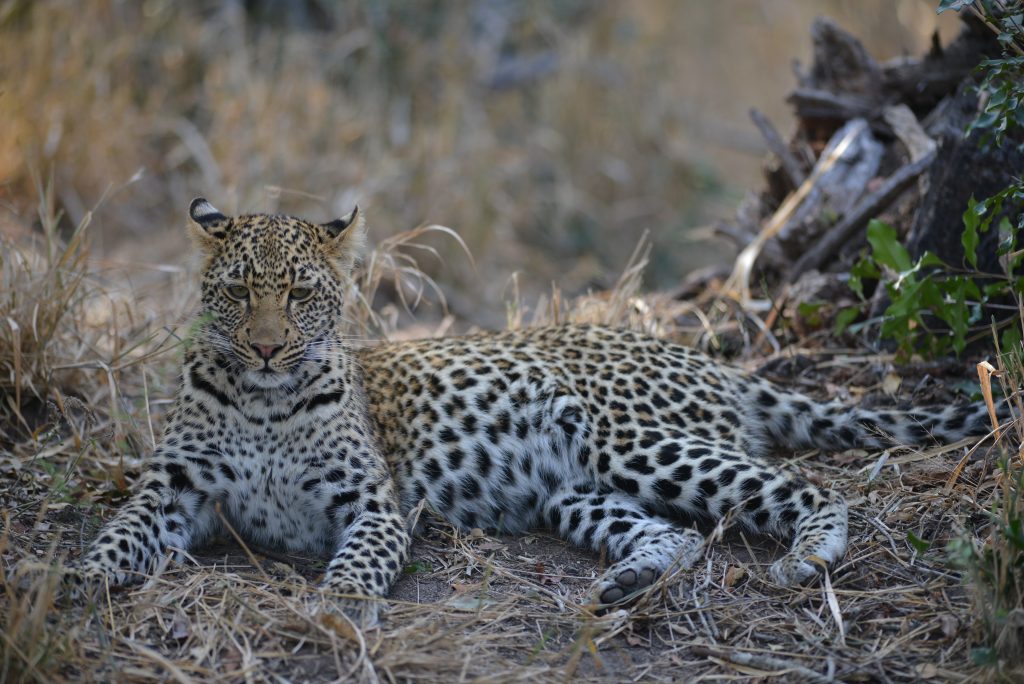 They are secretive, incredibly powerful, stealthy and have the very best camouflage out there, they can basically make themselves invisible. Oh, and they are also clearly one of the most beautiful mammals out there, I’m sure we can all agree!

On the same day we spotted the leopard by the river, we were out on an afternoon game drive in the Botswana heat. Our local guide Dennis raised his arm suddenly and pointed to a faraway tree, could that be a tail hanging down from the huge Kigelia tree?

On safari when you spot a leopard, you as an individual are elevated to hero status immediately, and can walk around the rest of the trip with your nose in the air and with free drinks waiting at the bar!

Leopards are found throughout Africa as well as in India and Asia, the Jaguar from South America being a very close relative of the African leopard.

There are a few different species of leopards. The Clouded leopard is found inhabiting dense forests in the foothills of the Himalayas through to the mainland of Southeast Asia into South China. The Snow leopard; an enigma, a ghost, very seldom seen! It inhabits the tops of the Himalayas, and one has to be extremely brave to face those freezing temperatures! 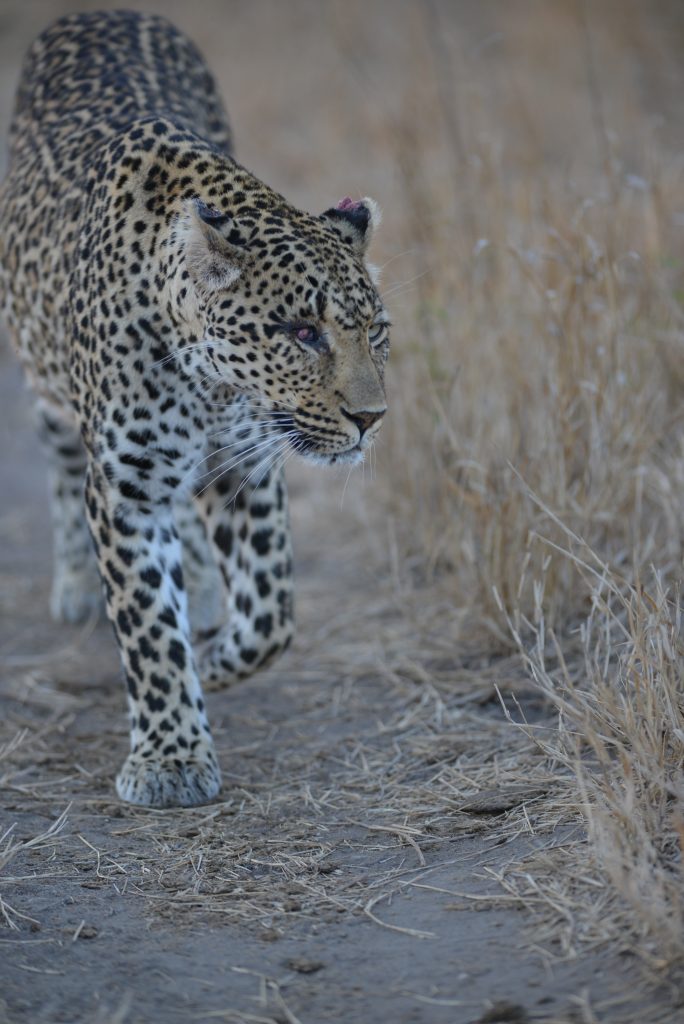 Over a few expeditions, I have spent more than 500 hours of my life searching for the Melanistic leopard or “Black Panther”. In Kenya this phenomenal animal is found only in a few remote protected areas. A recessive gene causes an all black body with only shadows of rosettes, a truly incredible coat. First made famous in The Jungle Book and now also found sporadically in India and Sri Lanka, this beautiful leopard has recently become even more well-known for showing himself off to lucky tourists. In Kenya in 2019, after days of searching, we had a brief glimpse of a Melanistic leopard… it made my heart pound and took my breath away. 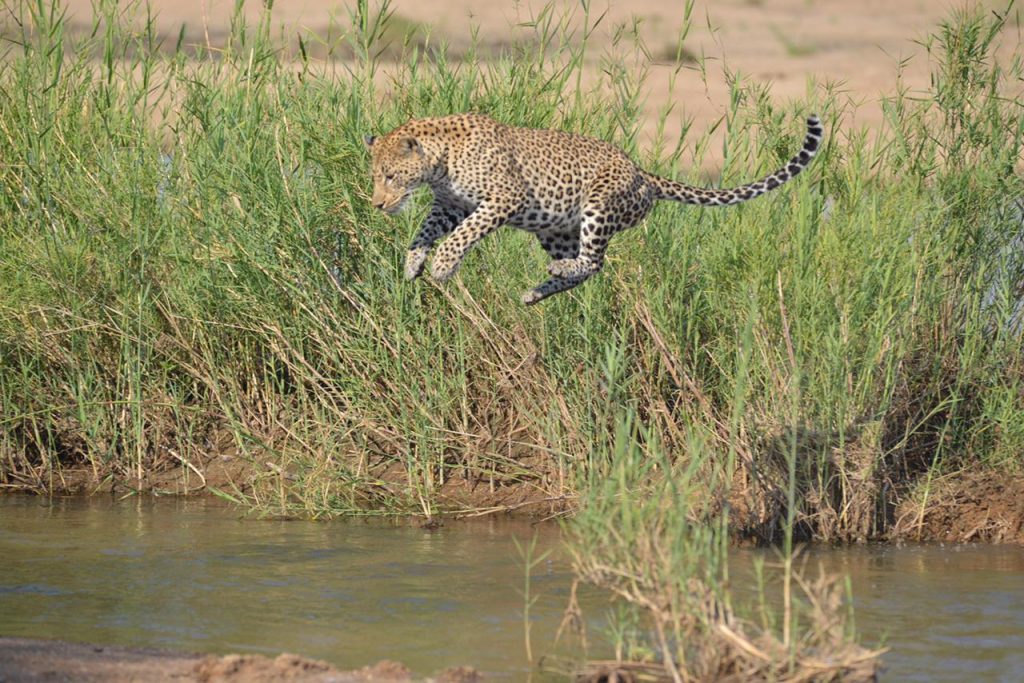 Whenever and wherever I get a glimpse of a leopard, I always feel so lucky and privileged. On our safaris we are so fortunate to get to spend so much time with these amazing animals on their home turf, as they carry on with their daily lives surviving, reproducing, hunting and even just moving happily through the plains.

The Sabi Sand Game Reserve and the Okavango Delta offer unparalleled viewings of these big cats in untouched wilderness areas. To watch a leopard climb up a huge tree with a carcass in its mouth, to watch it leap over running water with immense power, to watch them tend to their cubs, to watch them descend from the treetops, to see them silhouetted against a golden Okavango sunset, is all an honor and a gift.

The Top 25 Images Of The Quarter