The Beauty & The East

East Africa is an incredibly special part of the continent. It is home to a wide range of differing landscapes and habitats; from the rainforests of Rwanda to the endless plains of the Serengeti. If one wants a safari that truly encapsulates Africa’s magic, East Africa is the perfect place.

We began our journey in the historical city of Kigali, Rwanda. Rwanda’s recent history is marred by a unthinkable genocide which took place in 1994 and claimed the lives of about a million Hutus and Hutu sympathisers in the space of three months. Although driving through the spotless streets and looking up at the towering skyline of this magical African city, one is left gob-smacked by the progress that has been made in a mere 27 years. Our first stop was the Genocide Museum which is the burial place of nearly 300 000 people. it is an incredibly touch and fitting memorial to all those who lost their lives. After two hours of taking in the important story of the Rwandan Genocide, it was time to look forward to the exciting adventures that lay ahead of us… 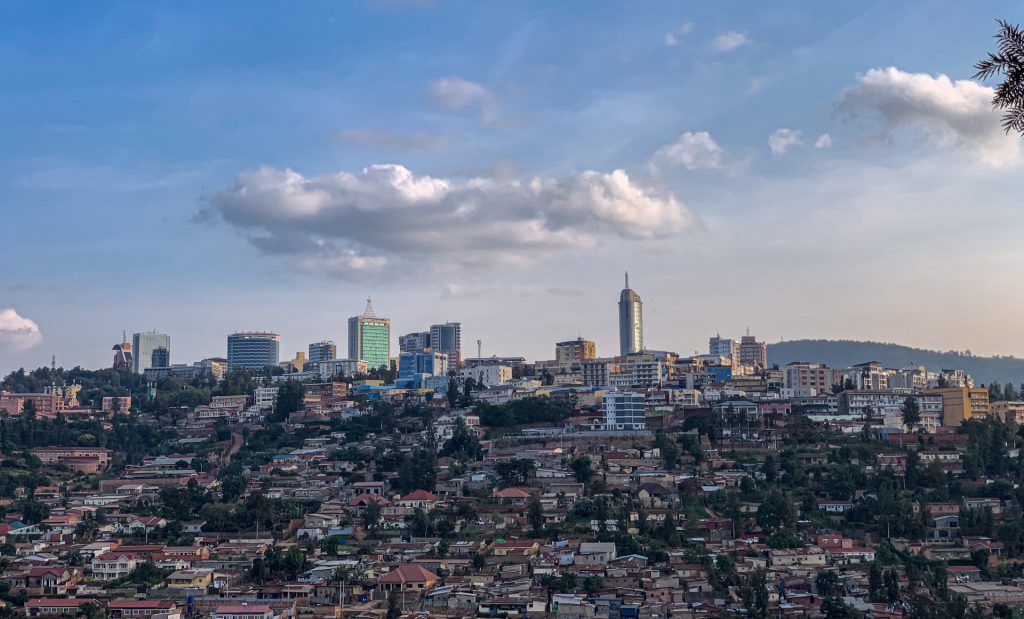 A helicopter awaited us at the Kigali Airport to take us to our first luxury lodge of our adventure, Nyungwe forest, where we would be staying in the comfort of the One&Only Nyungwe House which took our breath away from the first moment we laid eyes on it. We spent the afternoon settling in and taking a relaxed a walk through the forest, taking in the amazing birdlife and getting our cameras ready for our Chimpanzee expedition the next day.

On the day we arrived, a volcano in the Democratic Republic of Congo had erupted and the earth was still tremoring as the plates of the Rift valley shifted below our feet. The ground shook enough for us to feel it now and then, and we all stood in awe at the power of Mother Nature. A few hours into our trek we found the chimps! They were on the move over heavy terrain and we were honestly struggling to keep up! As we caught up with them, the earth suddenly shook beneath us and the trees began to shake, sending the chimps into mass hysteria. The all shot up into the treetops and started alarm calling, their echoes radiating through the forest. Eventually the chimps started to descend when they felt it was safe enough to come down. What an experience being in a situation like this; the noise, the feeling of the earth rumbling and the amazing photo opportunities which came about as a result! 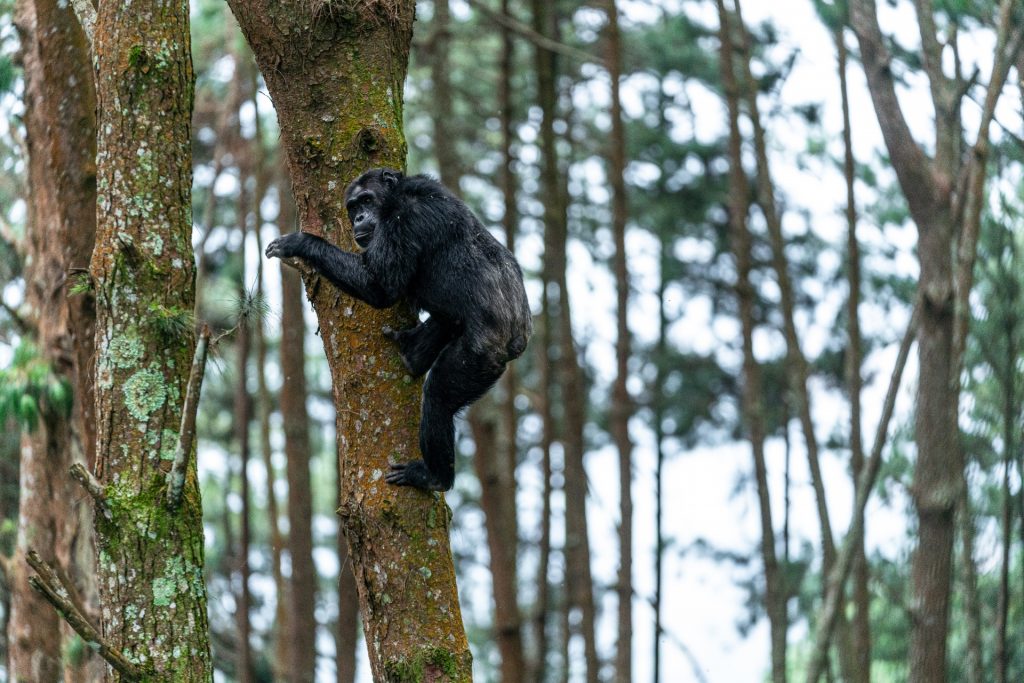 On the last morning we tested out our traditional skills at archery and spear-throwing before again jumping into a chopper for a short 30 minute flight to Volcanos National Park, home of the endangered Mountain gorilla. Their numbers have thankfully recovered from a low of 220 individuals to over a 1000 today! thanks to mass conservation efforts and booming ecotourism. When we arrived at the magnificent Singita Kwitonda Lodge, we were warmly greeted and shown around this amazing eden in the middle of the rainforest. We spent the rest of the afternoon relaxing and getting our energy levels up before our trek the next day into the forest to find these amazing primates.

Our first trek was a challenging but beautiful walk through the jungle. We ducked under vegetation and pulled our feet through the mud for a good couple hours before we reached a family of gorillas called ‘Agasha’. They we on the move, so we kept moving with them until they settled. It was to be a truly mind-blowing experience as the little ones played and the Silverbacks walked right by us, both encounters which left us awestruck. Satisfied but tired from the trek we had just done through the jungle, we settled back into the comfort of our lodge where our guests enjoyed a massage, took in some much needed calories and retired early knowing that they were going to venture out into the lush wilderness once again the next morning. 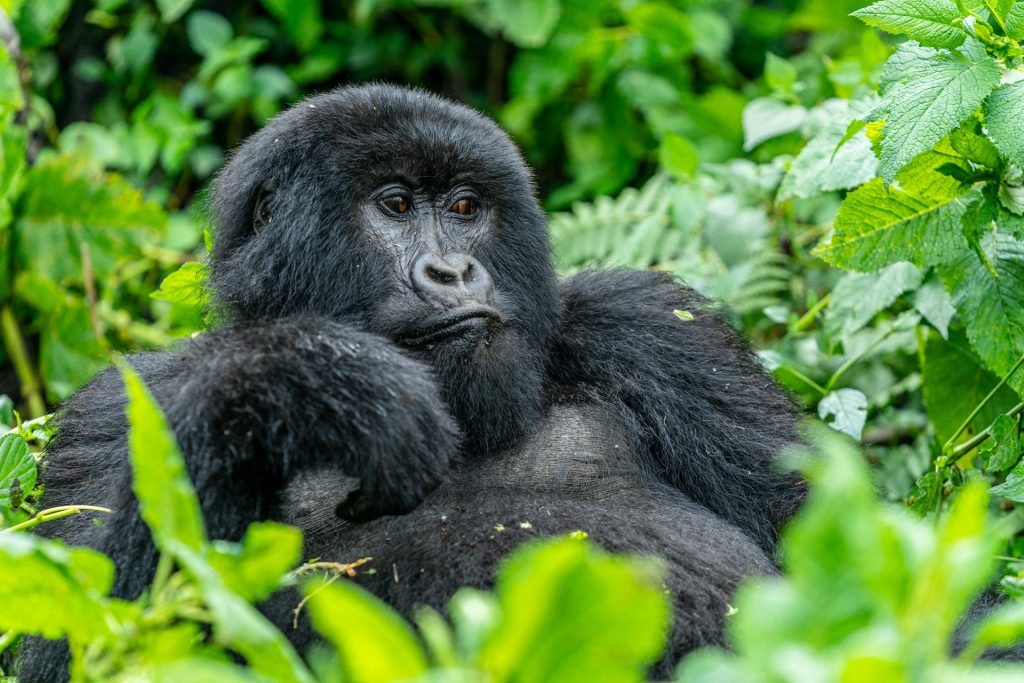 The second day was a much more comfortable trek which lasted about an hour before we found the family of gorillas we had set out to find, ‘Muhoza’. The family danced around us as infants ran between our legs whilst playing with one another, mothers nurtured babies under the watchful eye of the Silverback and we were even blessed with amazing weather! After our incredible trek we went back to the lodge to freshen up before heading back to Kigali to prepare for the next morning’s early departure to Tanzania.

The flights were effortless as we hopped into our Private PC12 aircraft and cruised above clouds until we reached the vastly different yet incredibly beautiful landscapes of the Serengeti. On our way to the lodge we even spotted a journey of giraffe as we gazed out onto the beauty of the wilderness. Upon arrival at the lodge we were greeted with an amazing view out over the valley and fed to our hearts’ content. Once settled in, we headed out in search of Africa’s more well-known characters and over the next few days we were gifted with amazing sightings of buffalo, African wild dogs and herds of wildebeest and zebra, in addition we also found hyena and a spectacular array of birdlife. The highlight of this part of out stay had to be our experiences we shared with two local tribes…

First were the Hudzabe Tribe who are hunter-gatherers still practicing their ancient crafts and traditions in the incredible Mwiba landscape. We watched as they found and retrieved honey from a bee hive, hunted a bushbaby which they then grilled over an open fire (the same fire they had used to get the bees to come out of their hive) and also showed us how they climbed up an enormous Baobab Tree. 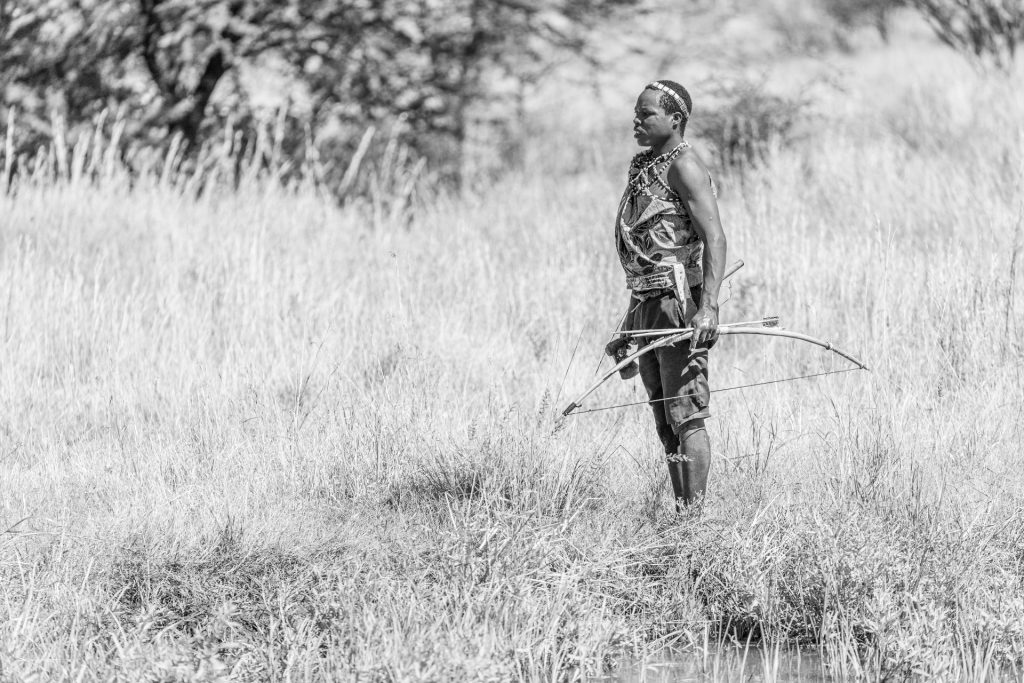 The Datoga Tribe was the next tribe we visited. As cattle herders, their lifestyle is vastly different. We were shown around their village by the chief’s wife and we invited to watch all of the different activities that the tribe engages in; from milling corn to weapon making and even dancing to find a partner. It was a magical experience!

From Mwiba, it was time to move deeper into the Serengeti, to the Grumeti concession, where we looked out over what seemed to be endless plains. Our camp, Singita Sabora Tented Camp, was right in the middle of this expanse and was strikingly beautiful. The modern architecture uses tents to create a completely unique safari lodge experience right in the path of the Great Migration. At one stage part of the migration walked right through camp! 20 000 zebra moved right through in a single afternoon! 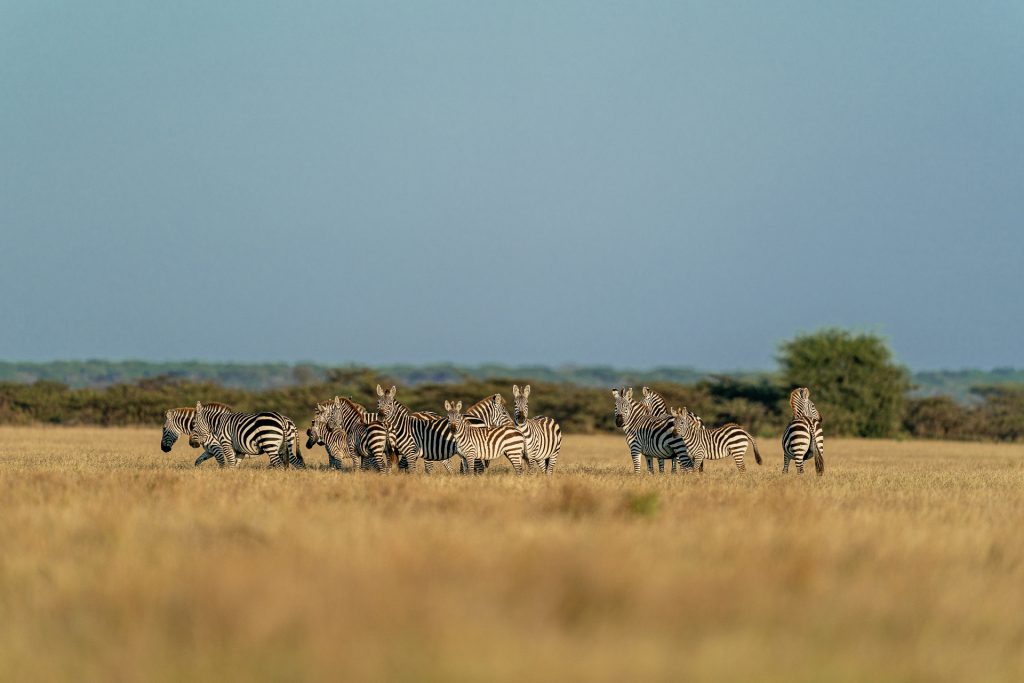 We were blessed with unreal sightings throughout our visit to Singita Sabora. Lions were the order of the day as there seemed to be on perched in every tree! We were beyond lucky to follow one of the lionesses to her den sight where three tiny lion cubs popped out to say hello! They were so young it looked as if their eyes had just opened in addition to them still being wobbly on their feet.

It seemed that babies were a recurring trend as we also found a giraffe that had just given birth! Her placenta was still hanging from her body and her brand new calf could be seen fumbling around as it tried to find its feet. WOW!

All in all, East Africa was a dream come true. Sightings of lions, leopards, cheetah, elephant and thousands of wildebeest and zebra filled our days as we explored this breathtaking vista, all the while being fed the most amazing cuisine and being treated to the most luxurious lodging. Really, what more could one ask for? 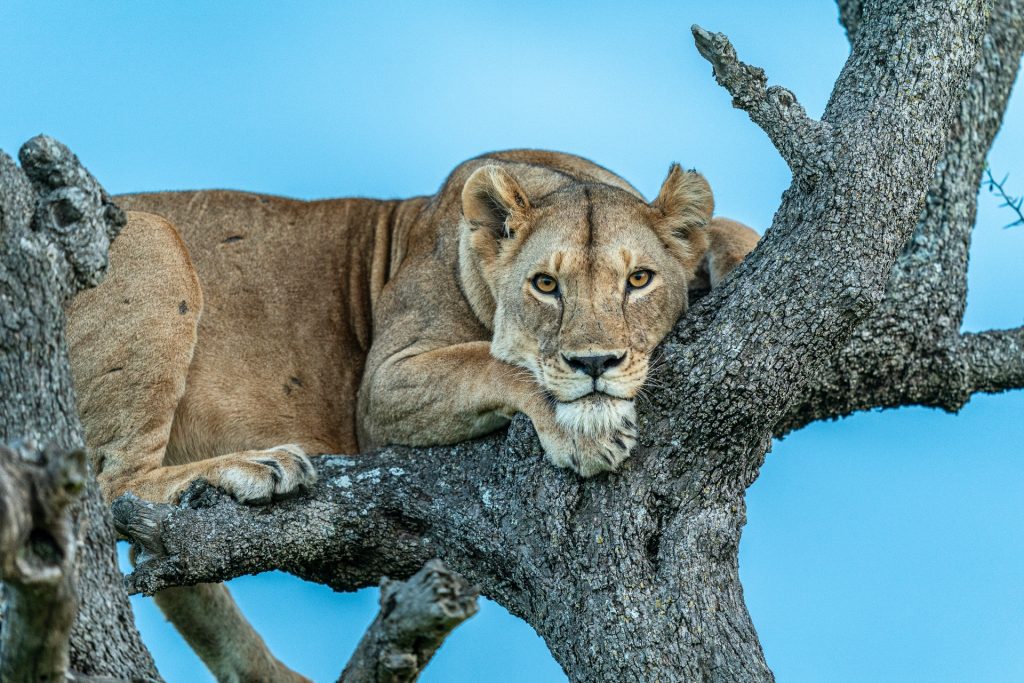