The Timbavati private game reserve forms part of the greater Kruger National Park. It falls within the area known as the Lowveld, which is synomonous with excellent game viewing, beautiful vistas and magnificent safari lodges. Chris spent some time there and explored new areas for Safari Architects. Tanda Tula safari lodge was his home for a week and the safari experience was amazing.

The section of the Timbavati where Tanda Tula safari lodge lies is unique. Not only because of the wonderful bushveld and terrain, but because it holds one of the only truly wild, white lion populations in Africa. This is where every white lion on the planet originated. We now understand the actual genetics behind these wonderfully unique creatures and to be able to see them in the wild is truly unique. White lions are not albino (unpigmented) but are leucistic – leucism describes an effect rather than a particular gene. They have pigmentation which is visible in the eyes, paw pads and lips. Their eyes are usually the normal hazel or golden colour although some have blue, blue-green or greyish-green eyes.

Beside the wild white lions of the Timbavati, there is a myriad of wildlife and birdlife to be seen. 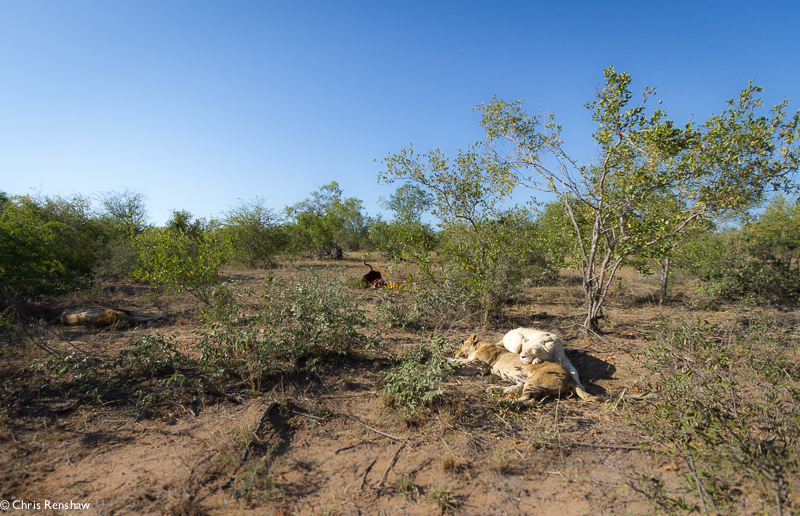 The true contrast between a tawny and white lioness. These two sisters are very close, and were sunning themselves in the warm sun on a chilly winters morning. 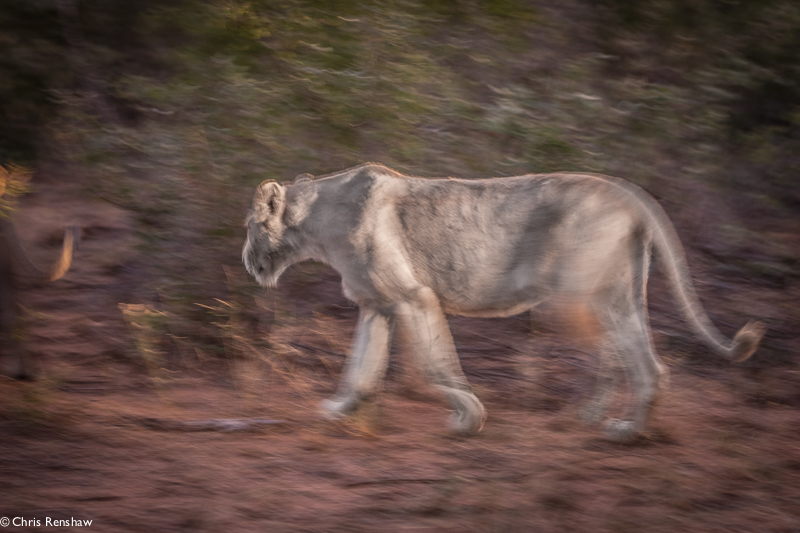 That afternoon the pride left the carcass, and like a white ghost the sister followed. Hyenas are plentiful in the Timbavati and are always present around a carcass. As such there are some great predator interactions to be seen. Leopard populations are stable throughout the lowveld. At Tanda Tula, there are a number of relaxed individuals. This female known as Marula, stays true to her name by sleeping in the branches of a Marula tree. 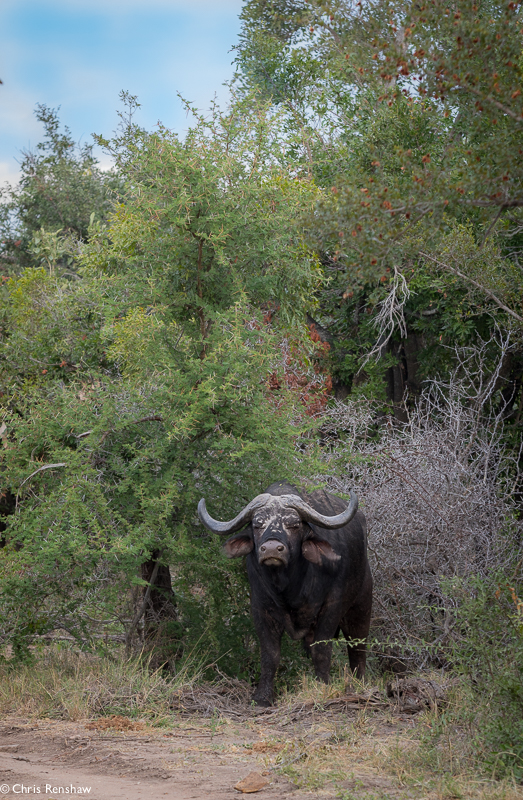 Buffalo bulls like this one are very intimidating. Having gotten to the twilight years of his life, he is all alone and has the temper to show it. We had to drive around this chap as he would not budge. Coffee with a leopardess! As we were alighting from the vehicle for our morning coffee, we were joined by the very nonchalant Marula female. Quickly getting back into the vehicle, we followed her on her morning patrol. Such a regal and beautiful creature. 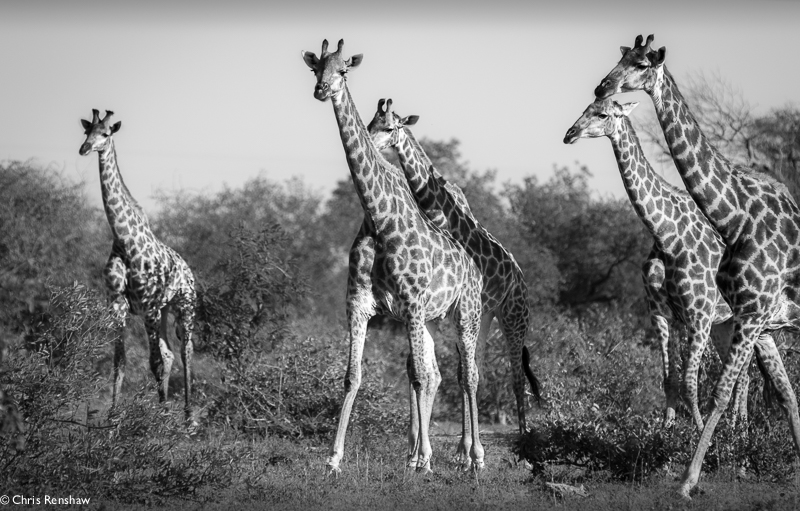 These 5 giraffe were part of a group of 25. One of the biggest Journeys I have ever seen. We had just left a pride of sleeping lions, and not 100m up the road our tracker Jack pointed and calmly said “Leopard in tree”. The young male was in perfect afternoon golden light. 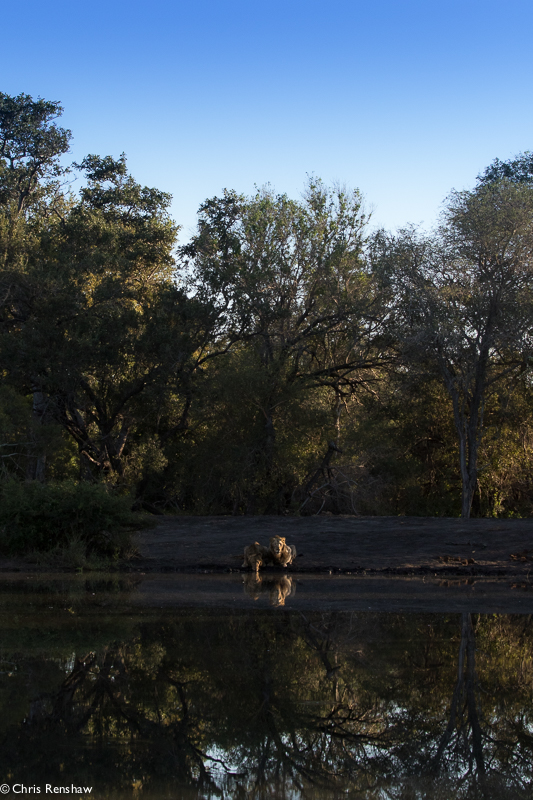 One morning we woke to lions roaring to the west of our camp. We tracked them for a good 2 hrs before we literally bumped into these two beasts. They were the neighbouring male lion coalition and were asserting there authority by roaring and scent marking. Thirsty work. 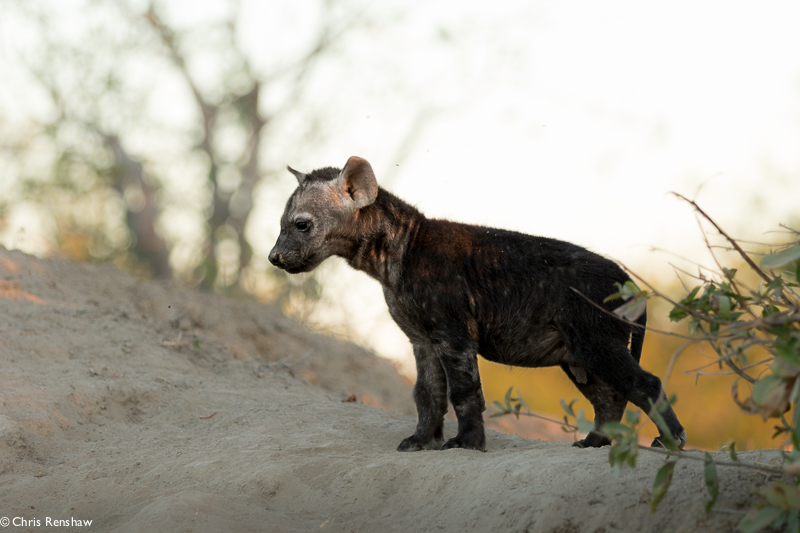 With the Hyena populations being so large, there had to be some youngsters running around. We found this den site with at least 5 cubs of different ages. They are very inquisitive and cute, which produced some fantastic photographic options. Mom watched on as the youngsters scurried about playing, learning useful skills that will serve them well in their adult life. We stumbled across this elderly lioness warming her weary body in the morning sun. Imagine the stories she could tell… 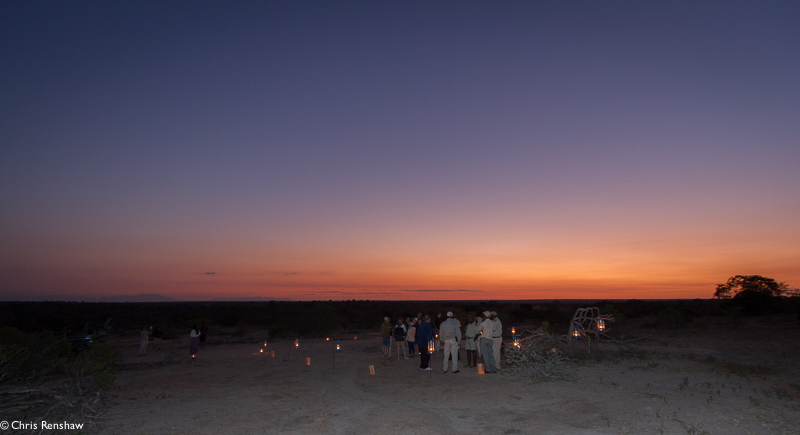 A lowveld sunset with the Drakensberg escarpment in the back-ground.

The Timbavati is a wild place with excitement around every corner. Chris thoroughly enjoyed his time there.