This week we chat to Nicky Souness. Nicky’s expertise as a guide, host and photographer has been shaped by over a decade of work at some of South Africa’s most prestigious game reserves. She also took part in many incredible polar safari expeditions to Antarctica, journeys which she shares with us in stunning detail throughout our interview with her… 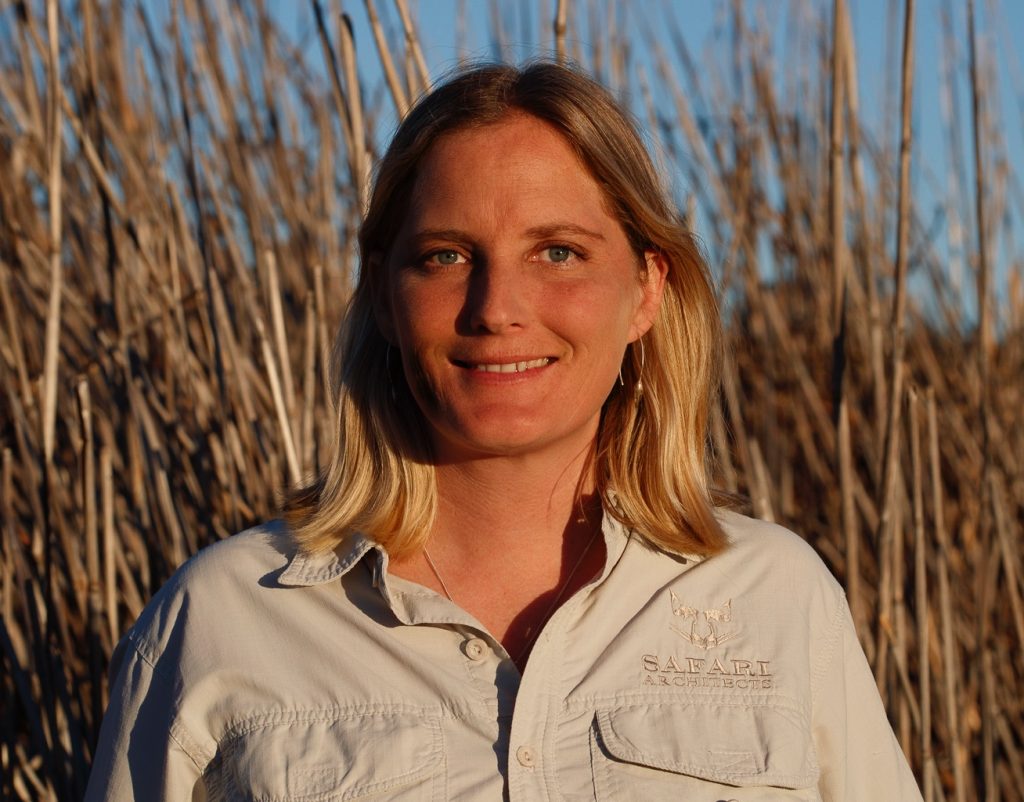 Safari Architects: Where did you grow up and how did you get involved in the industry?

Nicky Souness: I grew up in Cape Town, spending a lot of my childhood on a family farm in the Overberg. Schooling began for me at Herschel but I soon moved on to Reddam House where I thrived. After Matric I followed my heart, studying photography at the Stellenbosch Academy of Design and Photography. This lead into a career in wildlife photography, where I could also feed my love for South Africa’s stunning biodiversity.

Safari Architects: What were some of the first lodges that you worked at? What role did you have there?

Nicky Souness: I did my initial guide training with AndBeyond, being fortunate enough to graduate and secure employment at Phinda Lodge. After working there for a period I moved from AndBeyond to Singita Sabi Sands. It was here, for the first time, that I was able to combine guiding with photography, helping to establish Singita’s photographic safaris program at a time when digital photography was still in its infancy.

Safari Architects: How did the opportunity to work in Antarctica come up?

Nicky Souness: I was guiding privately at the time when the stars aligned above a campfire under Kalahari skies. My guest and I were reviewing our successes of the day when she asked if I would be interested in helping her with her photography in Antarctica. I jumped at the opportunity to travel to Earth’s most remote wilderness and, once there, aboard an expedition cruise vessel, found that I fitted well into the culture of the operator company’s expedition team. The rest, as they say, is history! 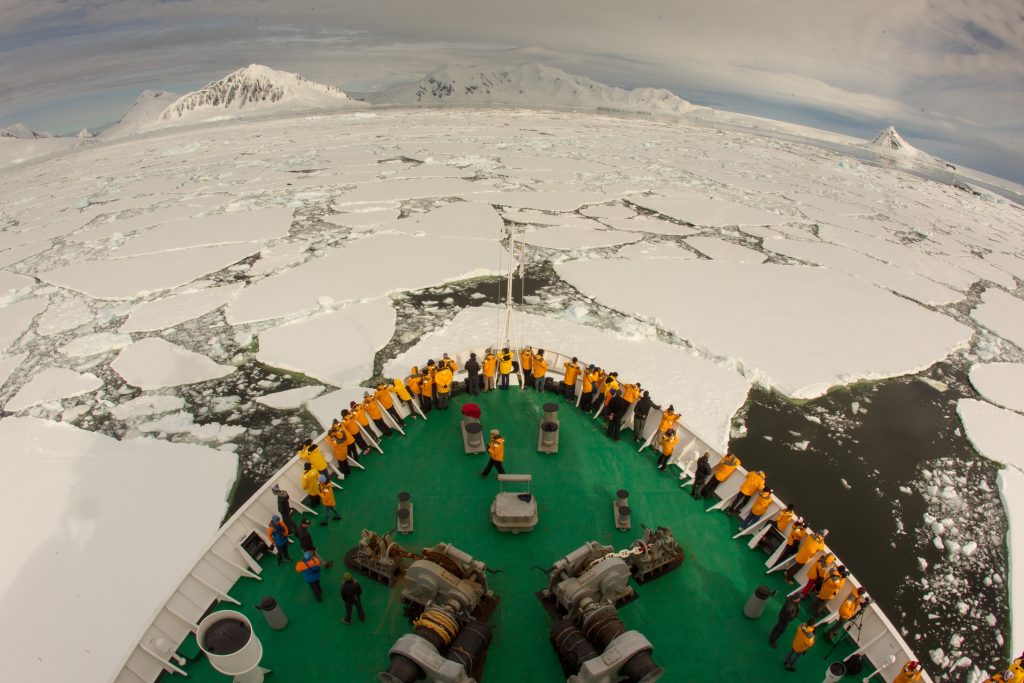 Safari Architects: What was your role on this first trip?

Nicky Souness: My first visit to Antarctica was, of course, as a private guide. That trip saw me visit the spectacular sub-Antarctic island of South Georgia as well as the Antarctic Peninsula. I was there to coach my client in her photography, as well as occasionally keep her company at the bar! But, as I grew friendly with the expedition team, who were real polar professionals, I started getting more and more involved with their operation. Their photography specialist was unavailable on that voyage, and so the expedition leader invited me to help out in the role. I ended up giving a couple of photography lectures to the 100 guests aboard ship, which was a fascinating experience for me at that time. I was terrified! Luckily the lectures were well received and that operator subsequently offered me a position on future Antarctic seasons. I have, since that time, worked as a photographic guide, content photographer and film maker in both the Arctic and Antarctic. 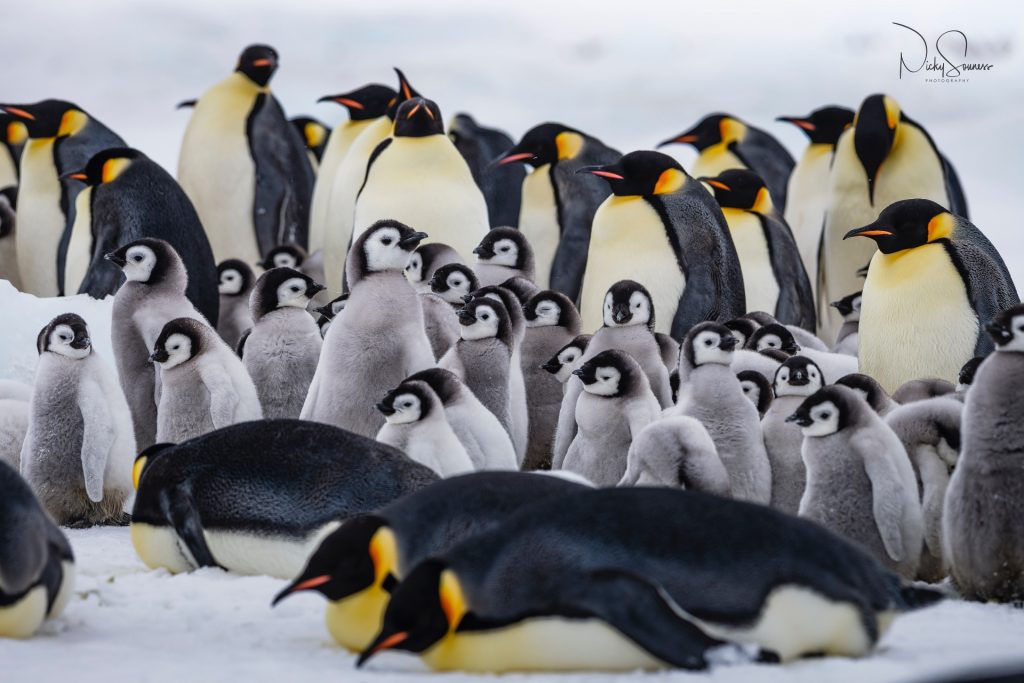 Safari Architects: What made you want to focus your time on the polar regions?

Nicky Souness: I loved the idea of travelling with a great team to some of the remotest places on earth, capturing and sharing these experiences with guests who would naturally become ambassadors for these wild places. I developed a fascination with the high latitudes and their seemingly endless summers. The thing that truly speaks to me about the Polar Regions is the ‘complex simplicity’ of the landscapes. When photographing wildlife in those unique environments I find it important to allow the landscapes to frame and complement the species living within them. The fragile and constantly changing environment is often a priority for me in my images. 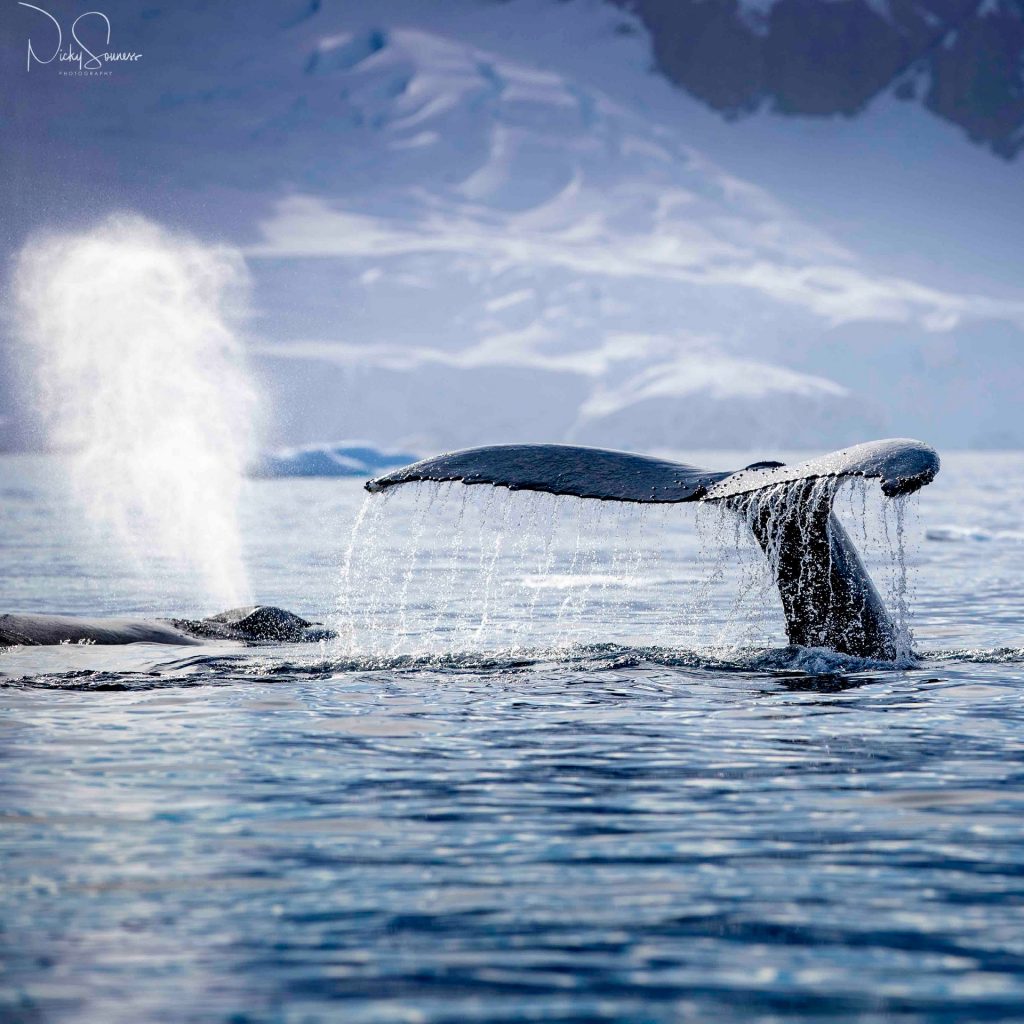 Nicky Souness: Travelling to the polar regions on an expeditionary ship is much like visiting a high-end safari lodge: we would do all the things one would do on a safari, but against the circumstantially unique backdrop of life in Antarctica. For example, we would drive zodiac power boats through the ice instead of taking game drive 4×4 vehicles along tracks. In many ways the format is the same as a traditional safari. The job, however, is very different. In the Polar Regions things change all the time, and they do so with sometimes very serious consequences. On the staff of an expedition team you’re not only a photographer, guide, driver and navigator, you’re also a search and rescue specialist, a surf rescue powerboat handler, an expert in crevasse rescue, a front-line conservationist, a diplomat (we often visit international Polar research stations), a helicopter operations technician, an old-fashioned pack horse (operations in remote areas require a lot of equipment) and an on-call entertainer. You are required to be a jack of all trades, and I have never worked anywhere else where flexibility is so important. Each day would be tailored depending on weather and wildlife. There are no set itineraries on an Antarctic expedition, only a plan on paper. It’s our job to make that plan a reality. 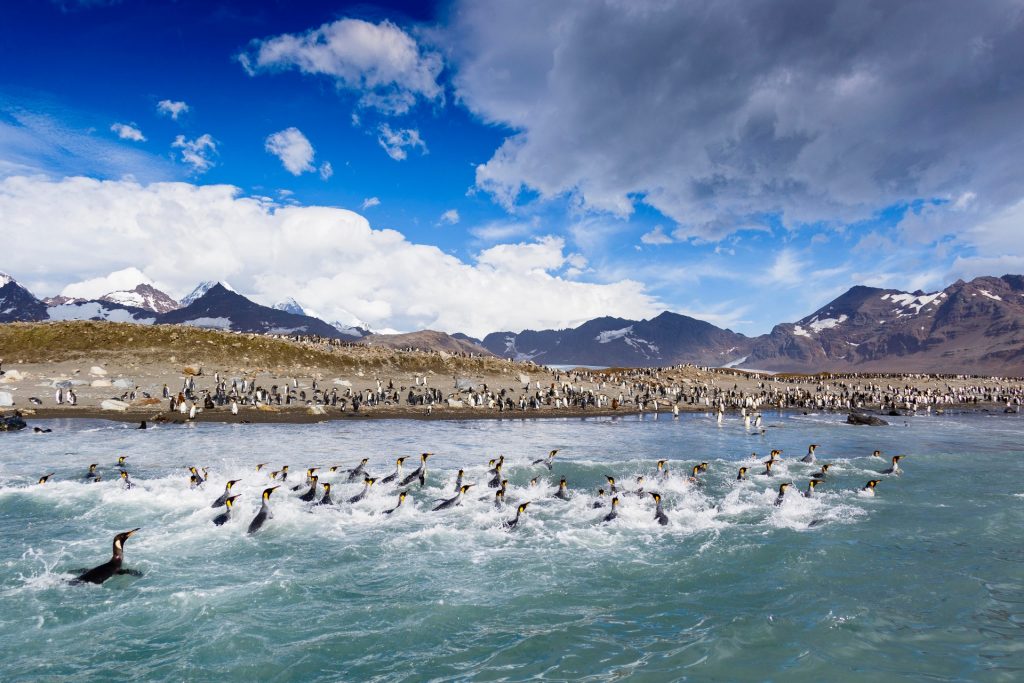 Safari Architects: What type of wildlife do you see in Antarctica?

Nicky Souness: The wildlife highlights of Antarctica include whales, seals and birds, the latter including multiple penguin species. There are 17 penguin species on the planet but only four of those breed on the Antarctic continent or along its immediate shores. These Antarctic breeders include the iconic emperor penguin.

The sub-Antarctic islands offer incredible biodiversity and a number of other penguin species including the stunning king penguin. But aside from penguins (which of course everyone wants to see) the marine mammals demand special mention. Weddell seals are beautifully charismatic, and who doesn’t want to see Antarctica’s own trademark apex predator: the fearsome leopard seal! Of course, orca sit above the leopard seal on the food pyramid. But, they can be seen in one form or another virtually all over the world. The leopard seal however is unique to the Southern Ocean.

Watching cetaceans like humpback whales and orca from a zodiac at water level provides a very intimate experience with the animals. Being able to sit in silence and hear the breath of the whales as it echoes across the ice is one of the most magical experiences one can have.

I also love meeting some of the less ‘famous’ seals that make the icy lands their home. The friendly crabeater seals (who don’t eat crabs) can be found lying in groups as they float around on ice bergs in Antarctica. I’m still waiting for my first Ross’ seal. 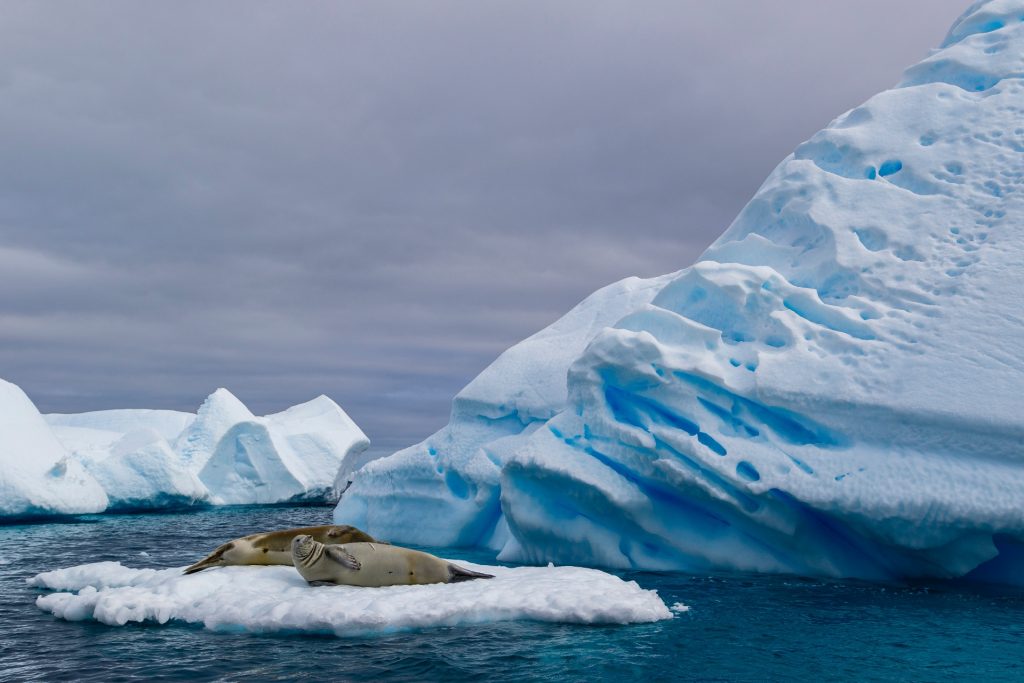 Safari Architects: What other countries have you travelled to?

Nicky Souness: When we would leave for Antarctica (October – March) we would depart from Ushuaia, Argentina, which is a port city at the southern tip of South America. In the Arctic however, trips might depart from various countries. One might sail from Iceland, Greenland, Canada, Norway, Russia or even Scotland.

Safari Architects:  Will you return in the future?

Nicky Souness: The polar bug bites hard! Much like the intoxicating feelings a safari brings, the bliss carried in the simplicity of the Polar Regions has a lasting effect on those who visit. I will definitely continue to return for as long as I am able to, but the duration of my visits might change as my focus has returned to my homeland: Southern Africa. 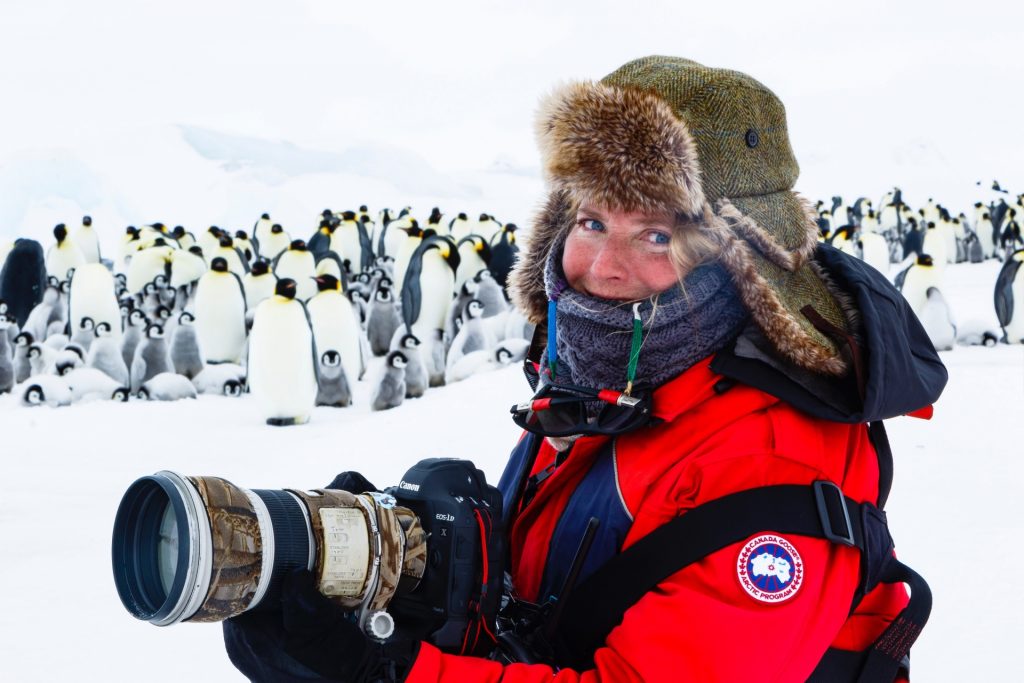 Cold but oh so happy!