The Pride of Time

Time is a luxury which is less available to many, if not all, of us nowadays, specifically quality time. A big cause of this is that we are locked in a crazy world full of instant gratification, held prisoner by technology and our “crazy lives”.  As guides, we are fortunate enough to be able to enjoy some sort of a break from this, as we join guests on their escapes into the wild, on an exploration of the wilderness and the wild creatures that call it home. These inhabitants follow an inherent rhythm, long forgotten by most of us… 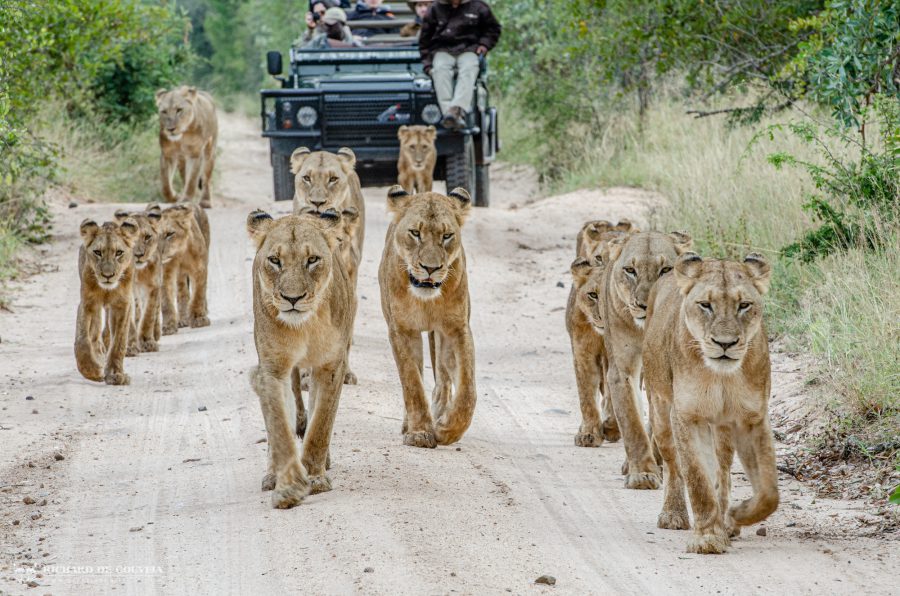 Let’s get in formation.

Of all of these special adventures, one of my most cherished memories was being able to watch the transformation of lion and leopard territories over time in the Sabi Sabi Private Game Reserve. Living on the same reserve, traversing the same areas day after day, and year after year, allowed for a completely different and unique experience versus the norm of only catching a fleeting glimpse of an animal. While guests are able to enjoy this reserve for two or three days, I was beyond privileged to experience it for five years. 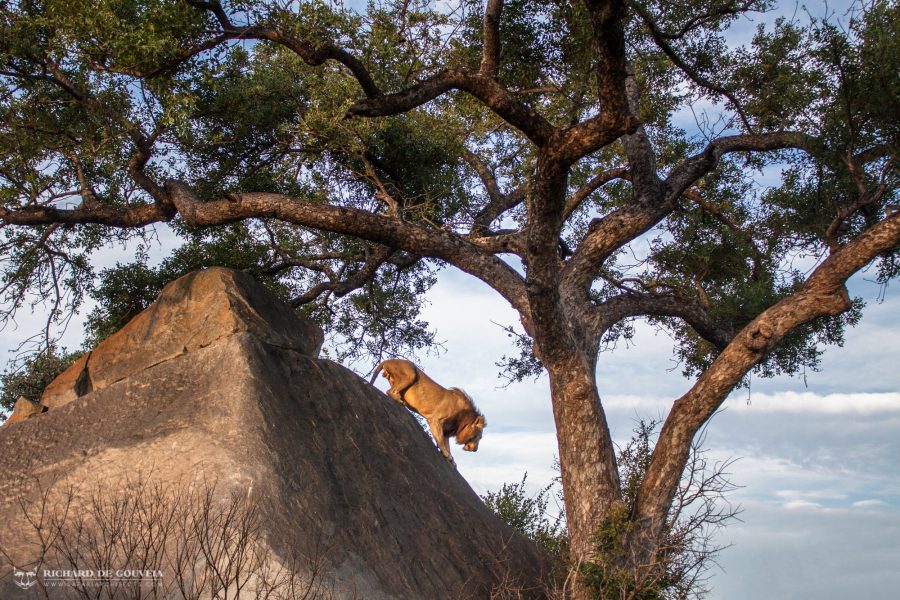 One of the most interesting transformations I was lucky enough to witness was that of a group of lions called the “Southern Pride”. On my first arrival to the reserve, this pride consisted of four adult lionesses and their nine cubs, with the prides’ territory being held together by a single lion who had lost his coalition a year before. His reign would not last long however, as he suddenly disappeared and died of unknown causes, leaving the territory open for new males to conquer. 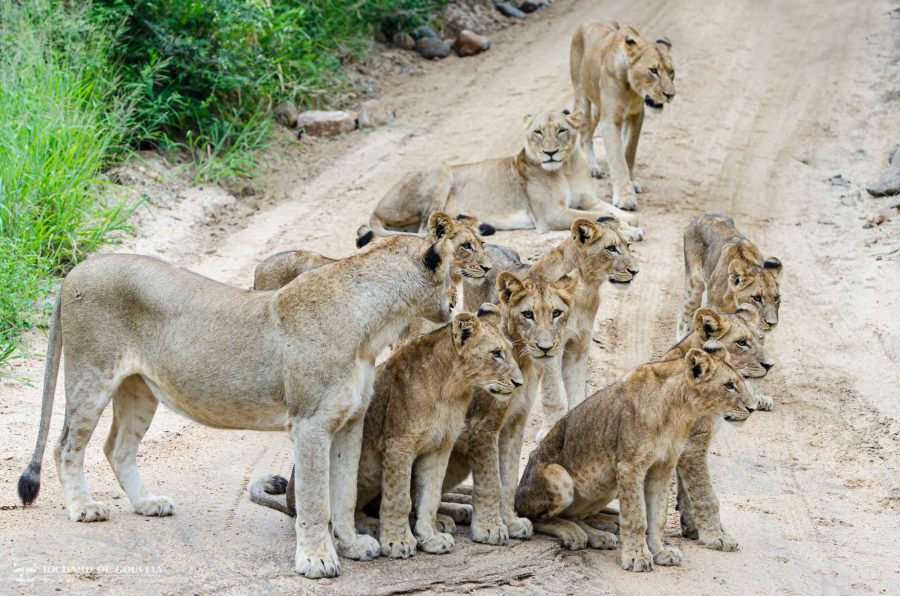 Keeping everyone tightly together.

There was a long period before new males actually started moving into the area, giving the cubs time to grow and thrive within the pride. They became incredible buffalo killers, and I specifically remember a three day period where they killed and ate seven buffalo! With so many mouths to feed, it was important that they learned how to bring down larger prey. 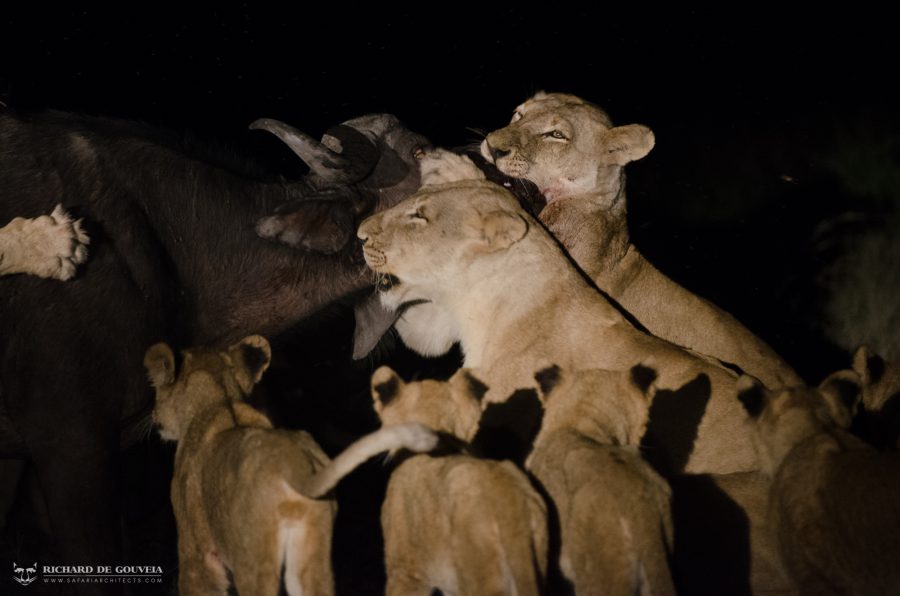 Once the cubs had grown to adolescents, the lionesses’ need to reproduce kicked in and one of the females went off in search of new suitors to father the next litter of cubs. She was relentless in her pursuit of new males and it often took her away from the pride for days at a time. When she found a strong coalition of three males in the neighboring territory, she would pull them across into her area and mate with them. Her aim for this mating was not to fall pregnant, but to get them to expand their territory to eventually include her own prides’ current land. She did this by falling into false oestrus, meaning she produced all the pheromones that indicated she was in heat without actually ovulating. 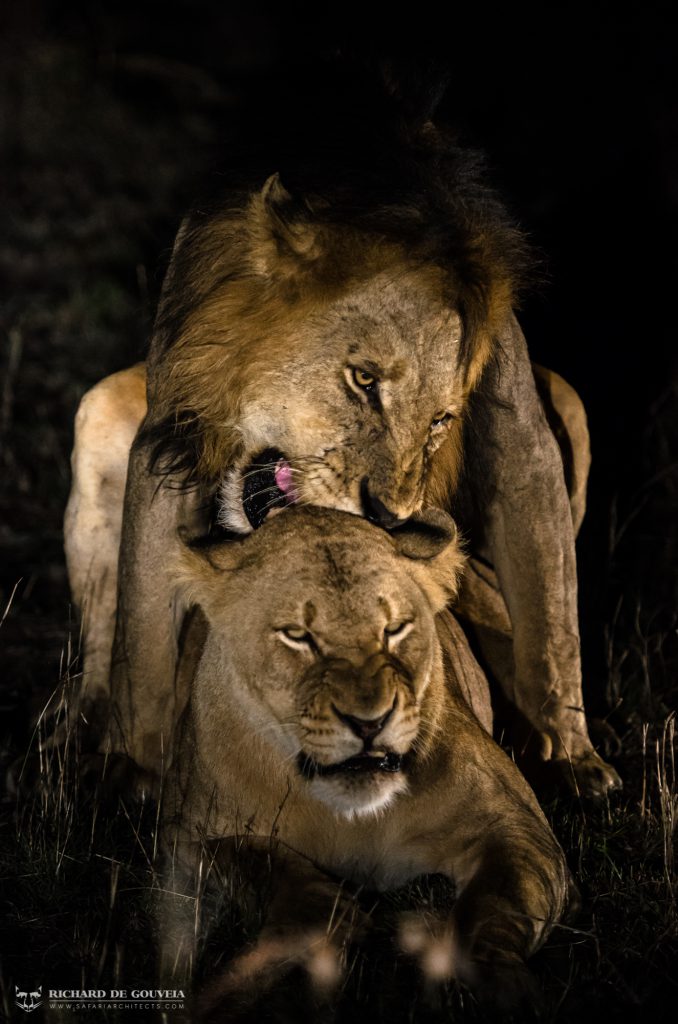 The look of domestic bliss.

Over the next few months, her seduction would pay off as the new males saw the riches that lay within the pride; with four fertile females to choose from and four adolescent lionesses as future prospects. The only hurdle was the five adolescent males who could pose a competitive risk, meaning they would ultimately need to move out of the pride as soon as possible. The adolescents were therefore forced north and would eventually take over a territory from one of the most notorious coalitions of lions known to the area. 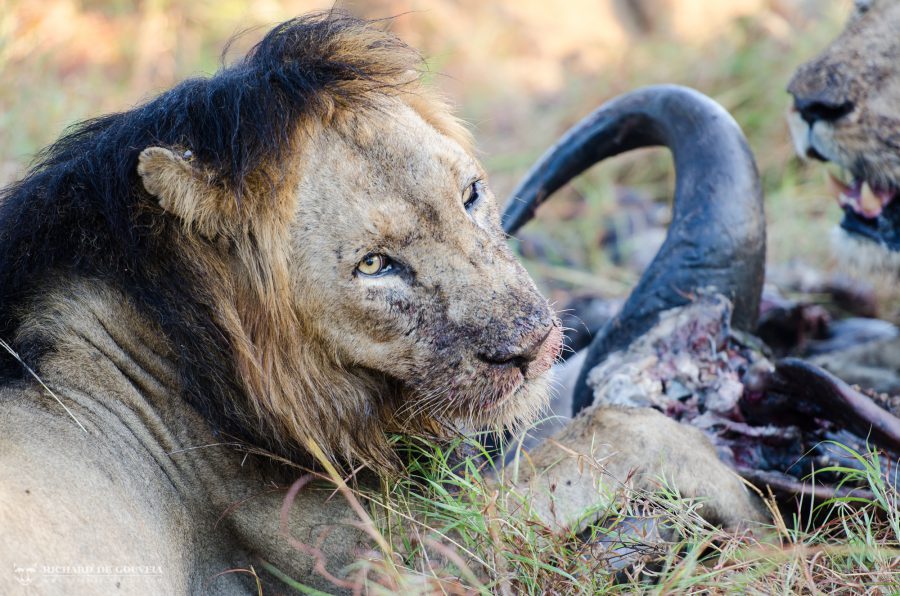 Keeping an eye on his pride.

Once the new males had successfully expanded their territory, the four adult lionesses fell into oestrus and within a few months, the pride had a host of new additions. Eleven cubs all in all made the pride now twenty two-strong and classified them as a “super pride”. Besides the loss of one cub, due to a buffalo finding their den, the pride flourished! 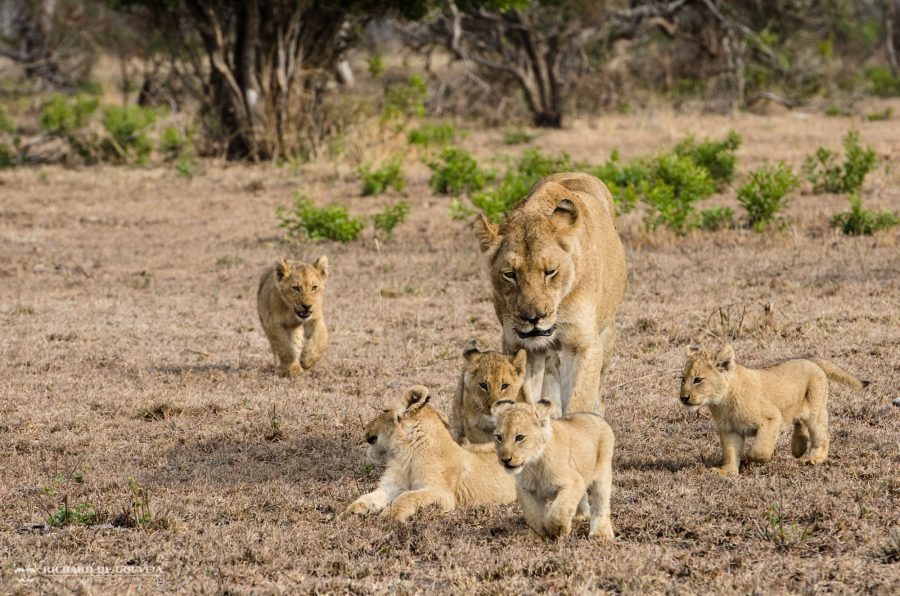 Never fear when mom is near.

All was well until two new curious males wondered in from Kruger National Park. The two new males, both beautiful and large, strode onto the reserve and found one of the three territorial males doing his rounds and took their opportunity. They attacked the male who was lacking reinforcements (as his bothers were with the pride) yet managed to escape with his life and hightailed back to his brothers who all joined him in moving out of the land. 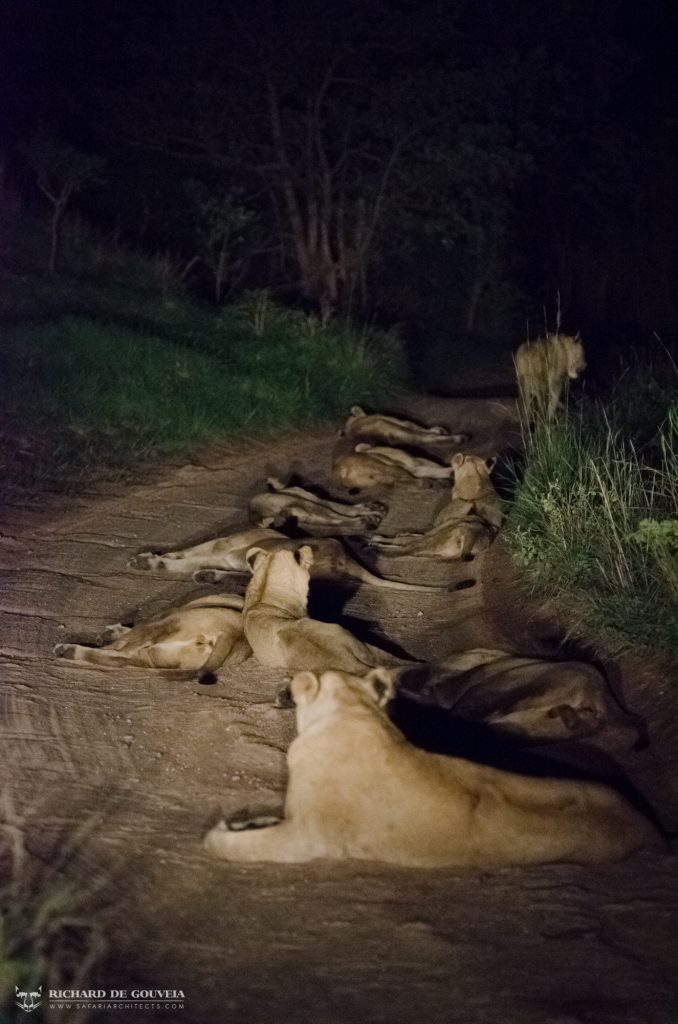 Staying close together even whilst sleeping.

Now that the balance of power had shifted, the new males would have to start the process of cleaning out genetics that were not their own i.e. by killing all the cubs. This is normal for most of the large cats as it clears the way for the lionesses to fall into oestrus again and be impregnated by them only. What was not normal was that the males would have to go up against eight females before even getting to the cubs. The lionesses were a force to be reckoned with, and thanks to all their attempts only one more cub was lost. Hereafter, the lionesses used a brilliant tactic to continue to distract the males: sex.

The younger females who were now at mating age and would take turns in distracting and luring the dominant males away from the other lionesses and cubs, go into false oestrus and mate with them for a day or two before leaving. This happened with such regularity that the younger females actually fell into active oestrus and fell pregnant. This was a turning point for the males, who soon abandoned their instinctive need to kill the cubs. They adopted the nine cubs, even though not their blood, knowing that they already had heirs growing inside the other four lionesses. 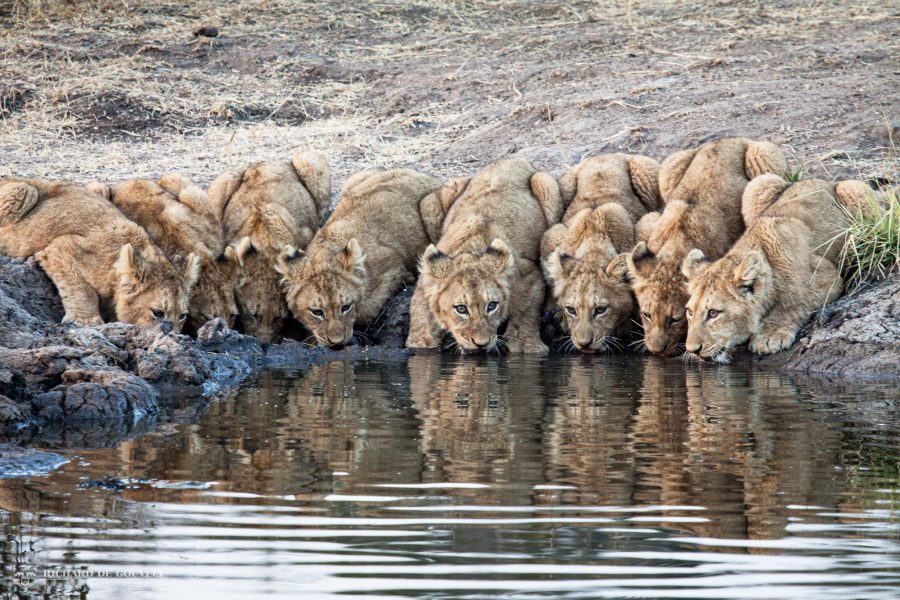 Drink stop for the thirsty cubs.

Those four lionesses would give birth to a combined total of fifteen cubs, growing the pride to an immense thirty-four individuals. No words nor pictures can describe just how big a pride like that is! However, with the increase in size was a need for more food, and as they had depleted prey numbers in their own area already, they needed to expand their territory. This move, however, would spell disaster for this imperious super pride… 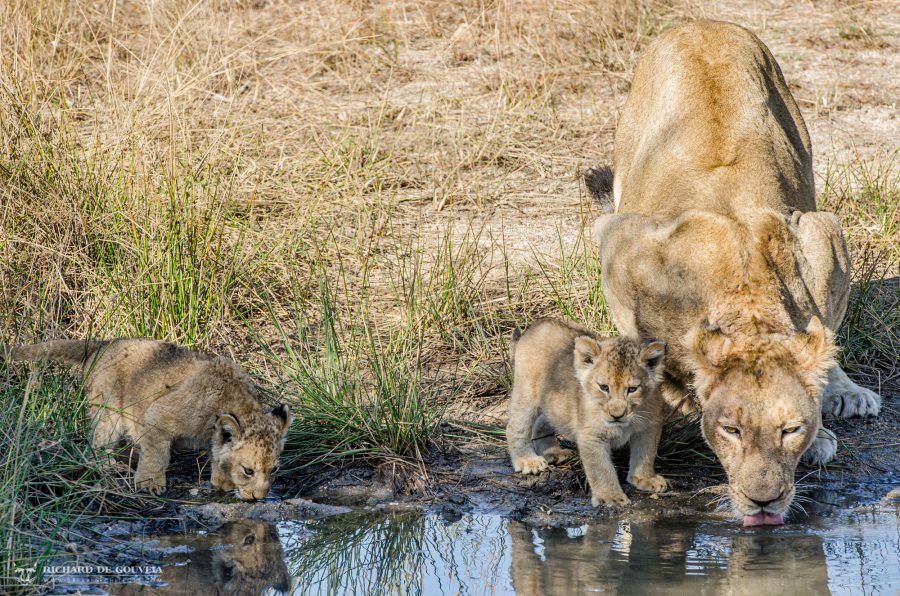 Ever-cautious and always by mom’s side.

One of the males was killed while making a move into enemy territory, which in turn left the pride vulnerable. Slowly, one by one, the cubs died and females were either injured in fights or while hunting buffalo. The other male had disappeared altogether, which led to the increase of other males looking to take over. Within six months we had seen fifteen new males from five coalitions, all come to have a look at the pride to see if they could lay claim. However, the added pressure caused fragmentation within the pride and slowly their numbers dropped further. Cubs died and the pride was sent tumbling from “super pride” status to a pride just trying to survive. 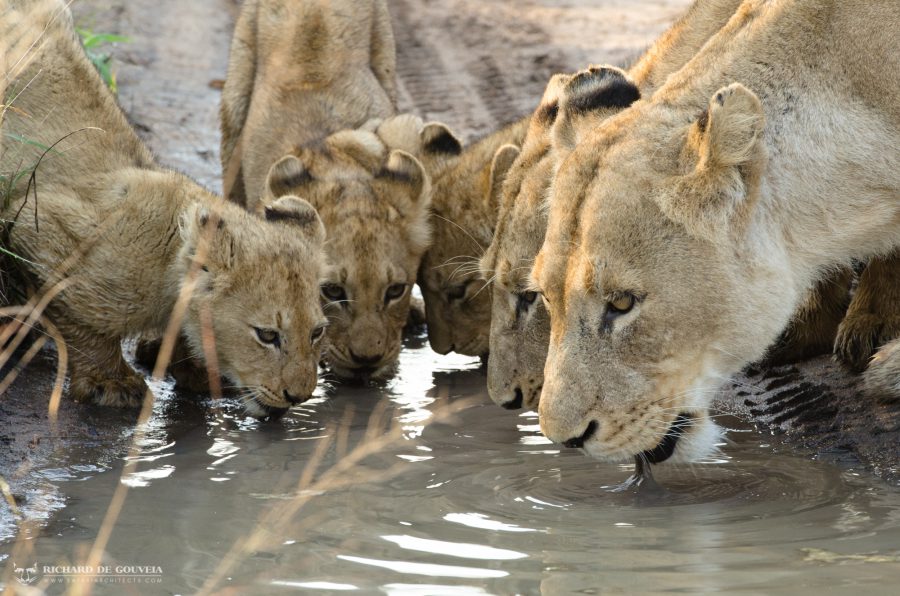 During a dramatic decline in pride member numbers such as this, prey species populations will at least get the chance to recover and grow in preparation for nature’s next assault, as a new army of predators strengthens. Today, even though only four members of this original pride remain, there is no doubt that their numbers will soon begin to climb again… 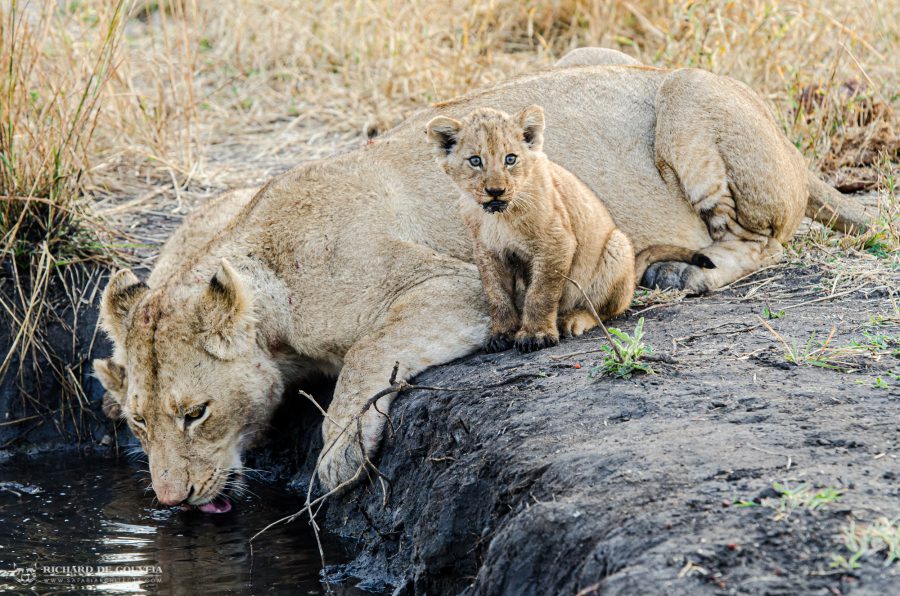 The face of the future.

Inge and Natasja: Journey Through Botswana