More than 1 200 years ago, the silhouettes of three-cornered Arab dhows were first spotted across the horizon of the Indian Ocean waters washing Africa’s eastern shores. These traders had happened upon an island of such exquisite beauty that they filled their parchment manuscripts with tales detailing the picturesque sights. This scented land of coconuts and spices was so idyllic that the Sultan of Oman decided to move the seat of his empire to these shores they named Zayn Zal Barr, meaning “fair is the island.” Today the Zanzibar Archipelago is still bathed in the heady scents of cloves and cinnamon, and traditional dhows still drift across the horizon. Off the northeastern tip of Zanzibar lies the private &Beyond Mnemba Island – an island inhabited only by guests and the staff taking care of them. Just 1.5 km in circumference, Mnemba is surrounded by an atoll of breathtaking coral reefs, and boasts some of Africa’s most magnificent dive sites. The calm, azure seas surrounding Mnemba offer irresistible snorkelling, scuba diving, kayaking, fly fishing, windsurfing and permanent swimming directly from the beach. Turtle season occurs between April and August (however layings can occur year round), and these prehistoric creatures can be seen laying their eggs on the beaches. Within nine weeks, the beaches are filled with tiny turtle hatchlings. This exquisite, private island with its white coral sand beaches and spectacular coral reefs is renowned as one of the most romantic ocean destinations in the world, offering a privacy and rustic exclusivity unparalleled on the African coastline.

A mere 90-minute drive from Stone Town across the main Zanzibar Island, through the lush spice plantations, are the inviting shores of the Zanzibar Archipelago. Guests wade knee-deep to an awaiting boat for a 20-minute crossing and a warm reception. Pure unfettered bliss is the allure of &Beyond Mnemba, where the dawn is greeted by dove song and the smell of coconut bread baking in a woodstove. &Beyond Mnemba Island Lodge offers a sheer unpretentious paradise – just ten rustic palm-frond bandas are tucked in a tropical forest fringed by a white coral sand beach. A covered walkway leads to a shuttered ensuite bathroom with huge glass beaded shower. Zanzibar is famous for its intricate, detailed woodcarvings and the scrolled headboards adorning the beds are created by some of the Island’s most skilled artisans. Built-in barazas on the veranda are perfect for afternoon siestas, and private beach salas feature traditional Zanzibari loungers for languid hours. Thatched dining and sitting/bar areas have beautiful open views of the beach and spectacular vistas of Zanzibar beyond. Baskets of fresh fruit, fish, lobsters, crabs and prawns are sailed into Mnemba daily on traditional ngalawa outriggers. Lunch is often served on large wooden carved Zanzibar platters heaped with delicious mezze. Romantic candlelit dinners are served on the beach with the waves gently lapping at guests’ feet. Private beach dinners delight newlyweds and not-so newlyweds alike. 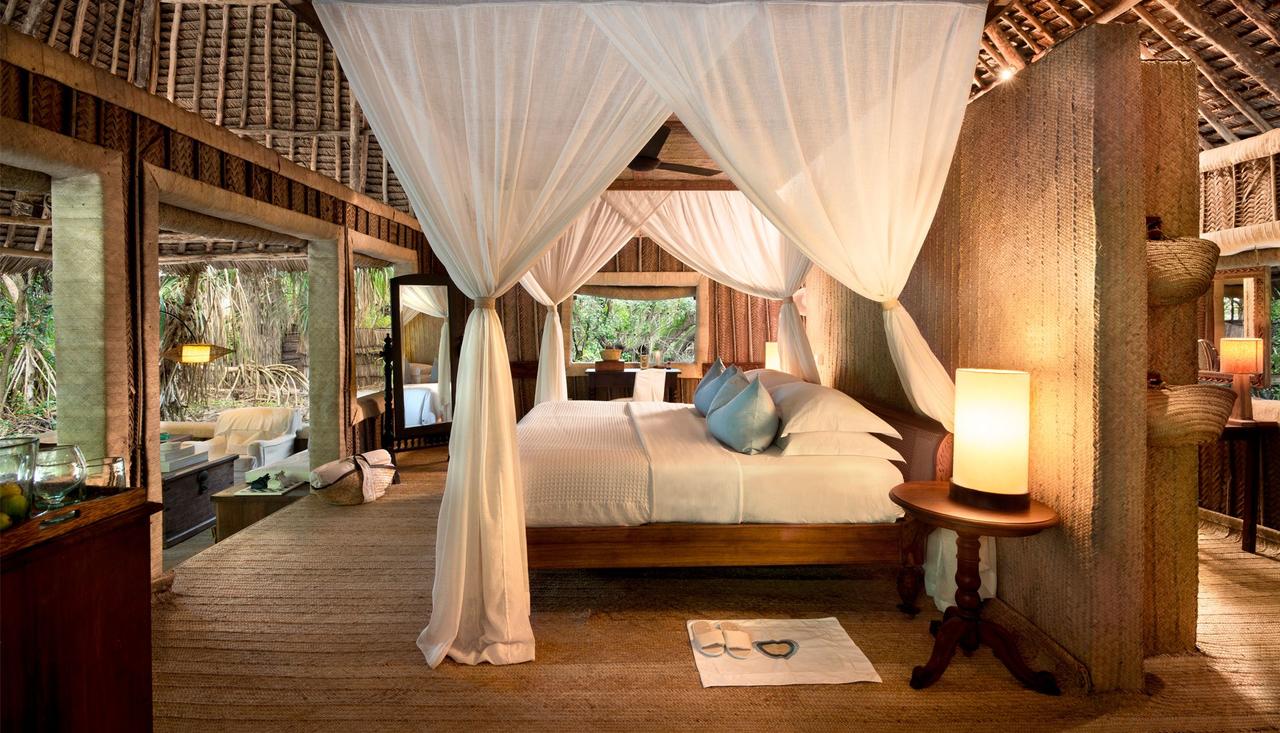 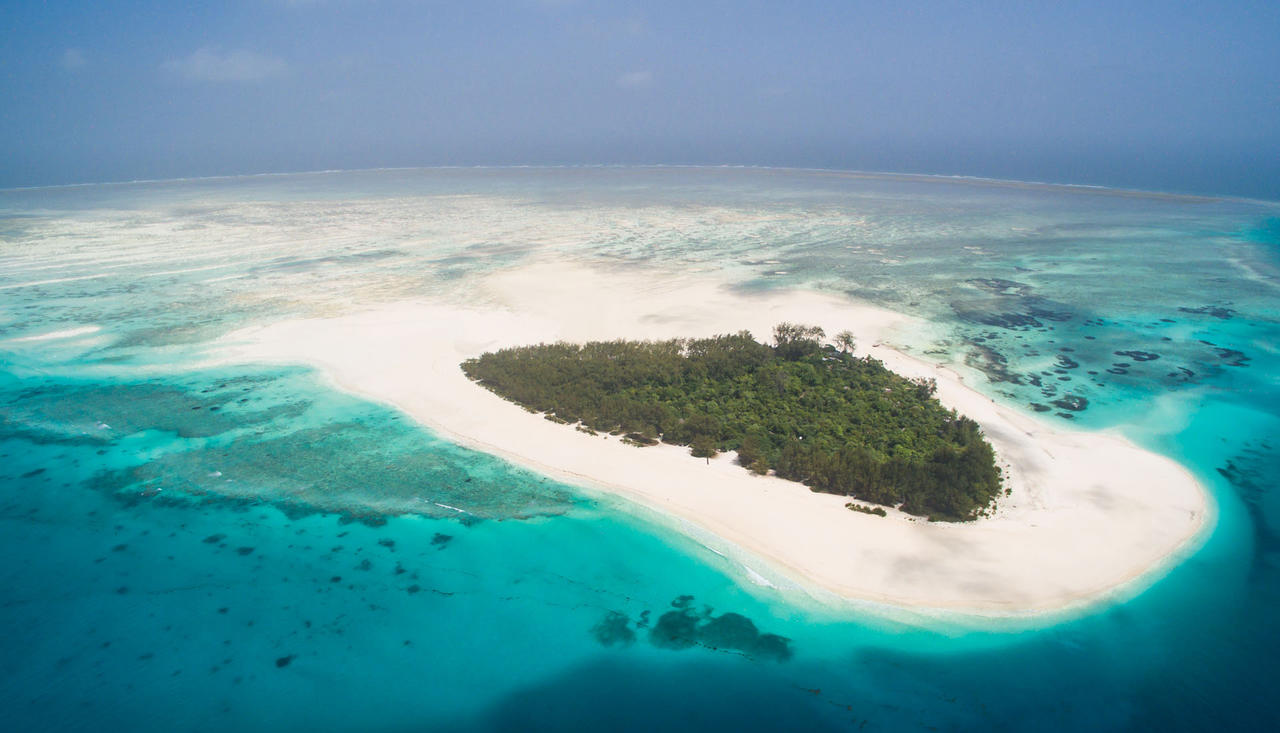 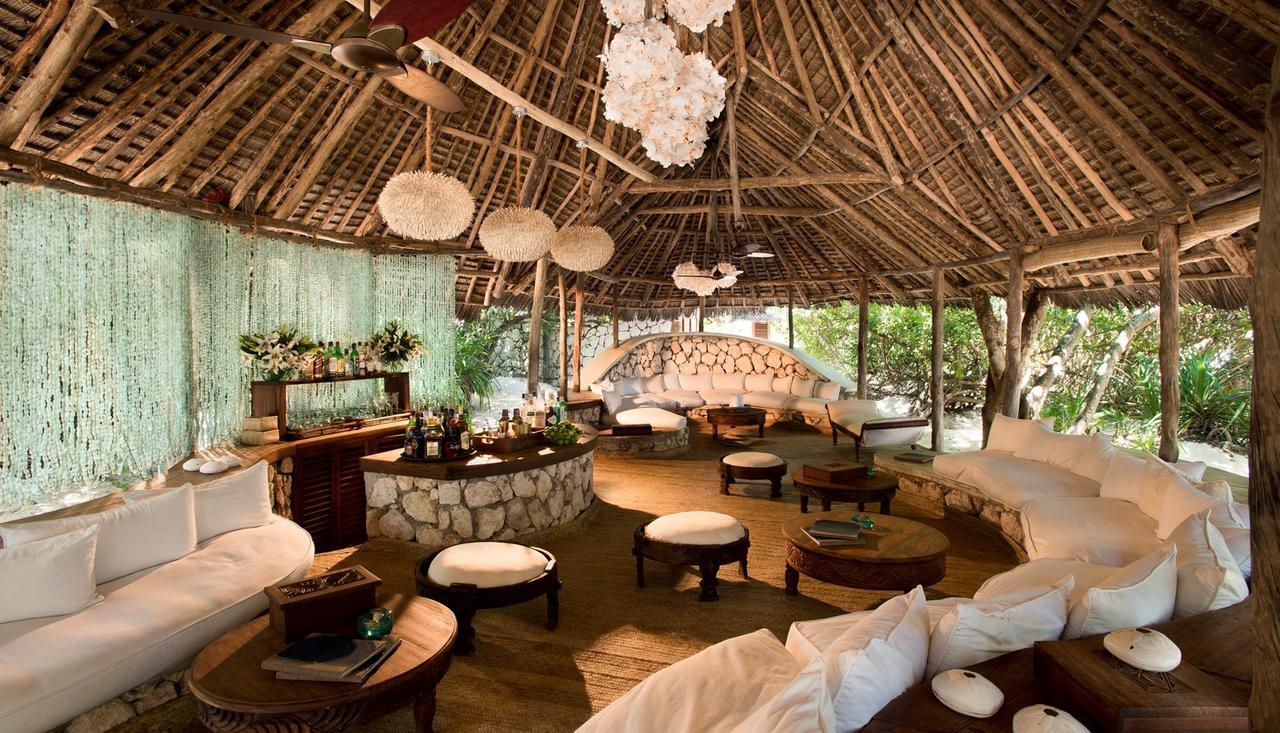 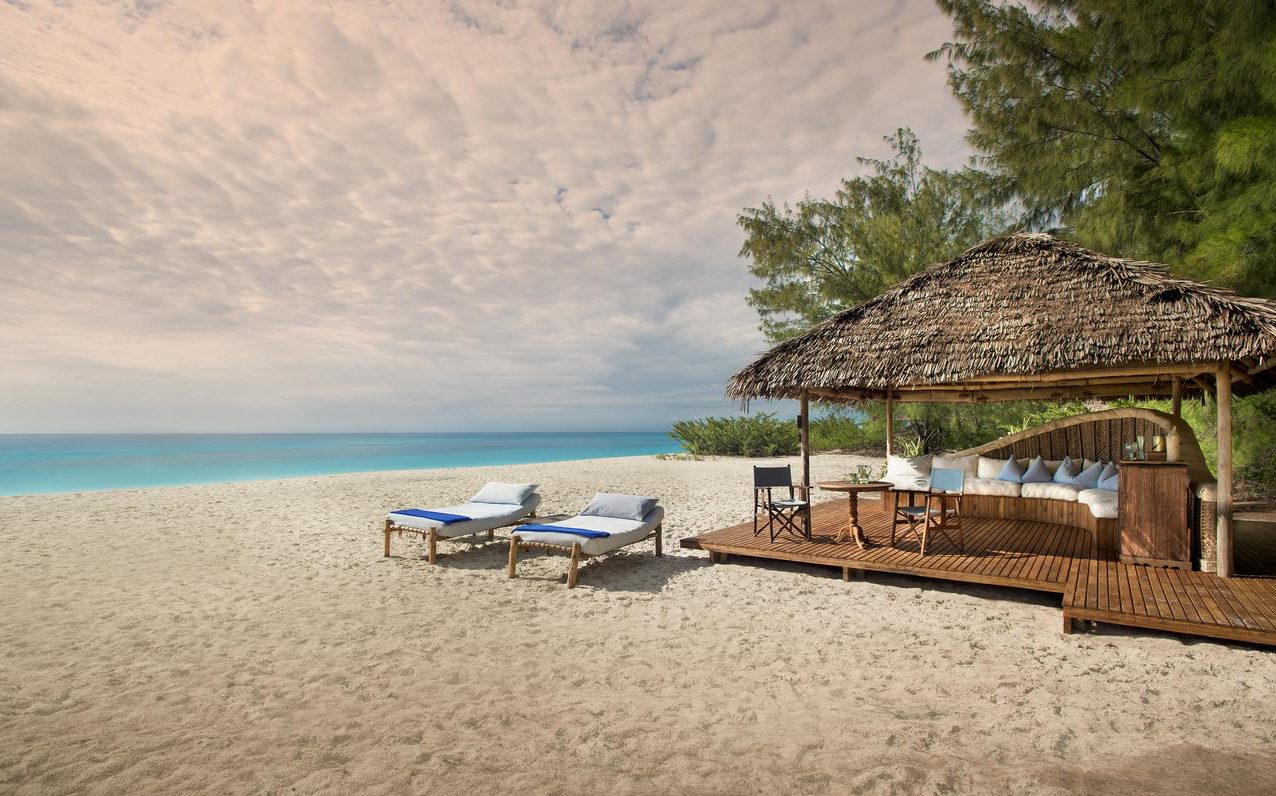 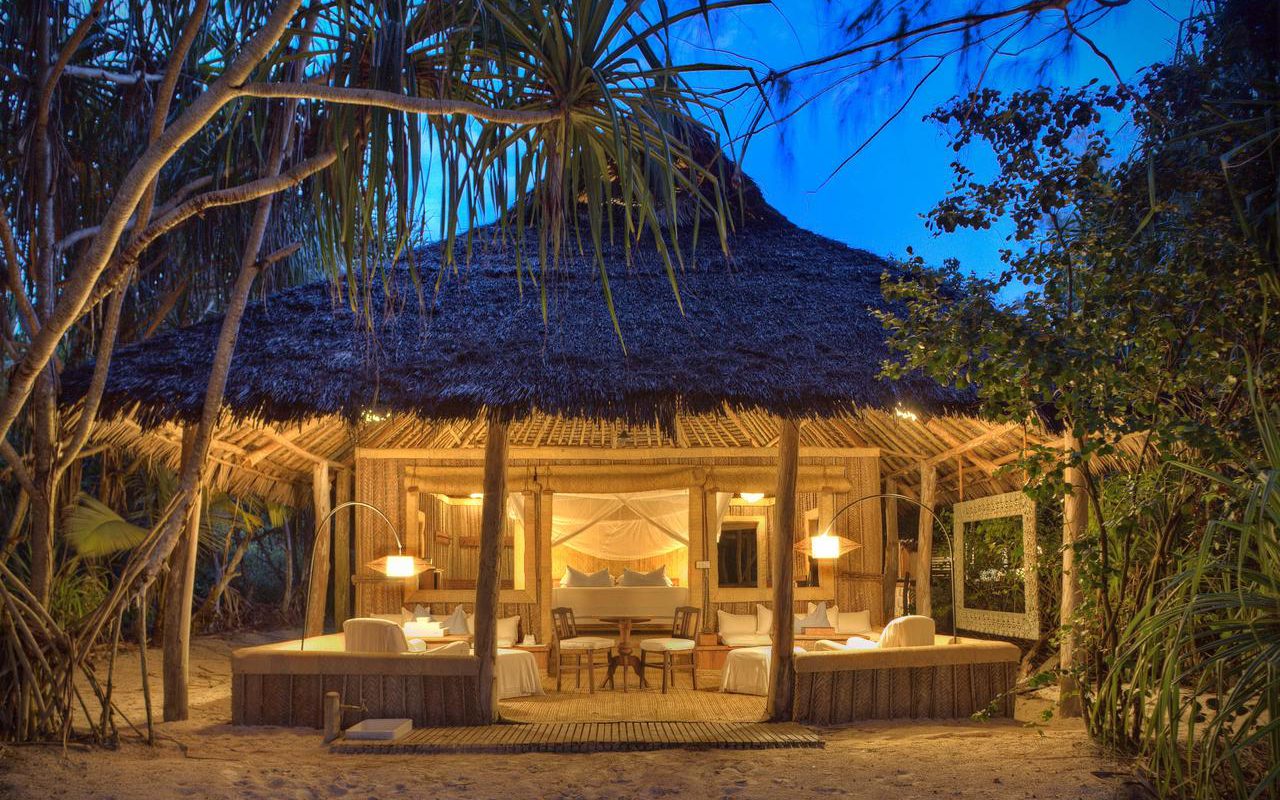 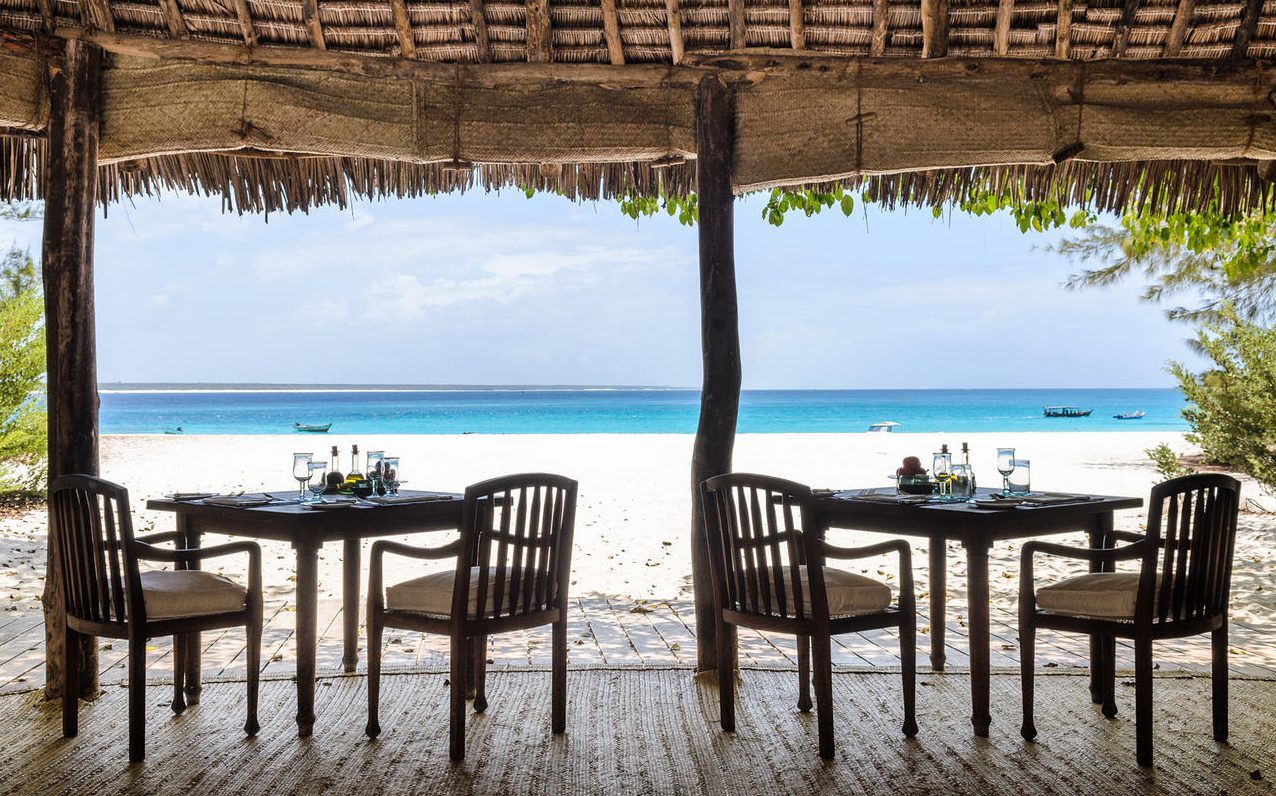 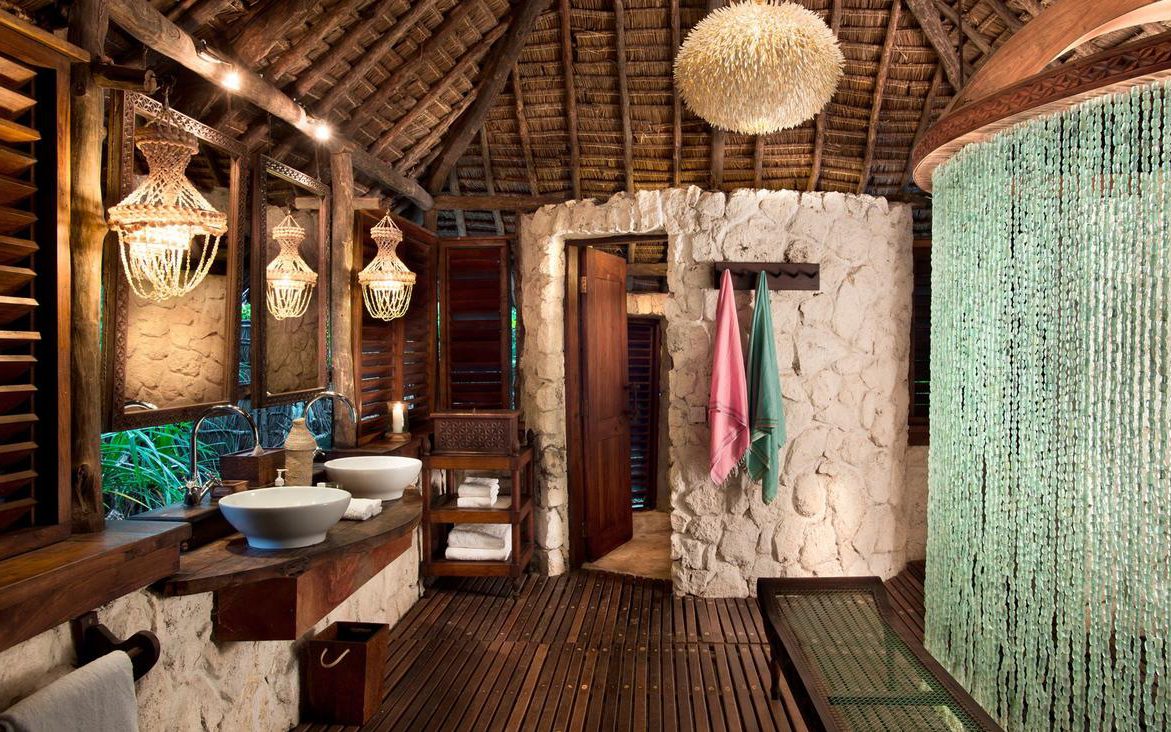 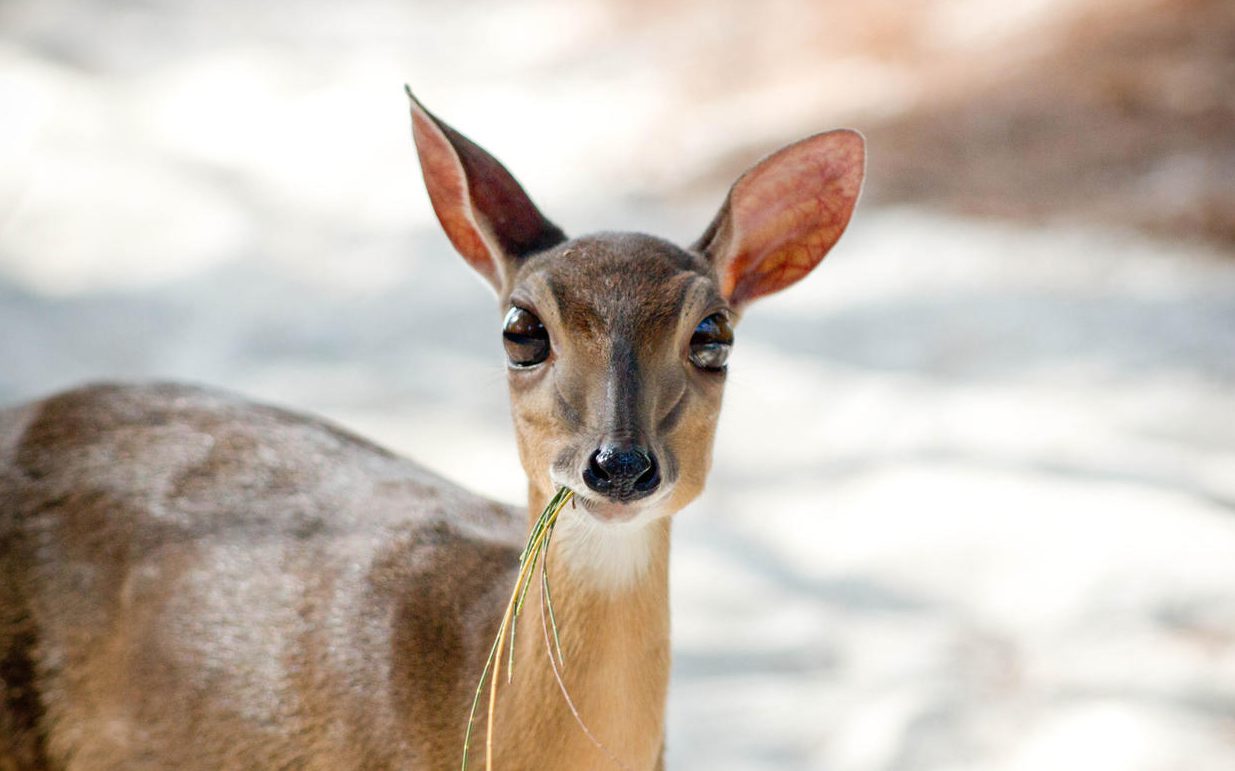 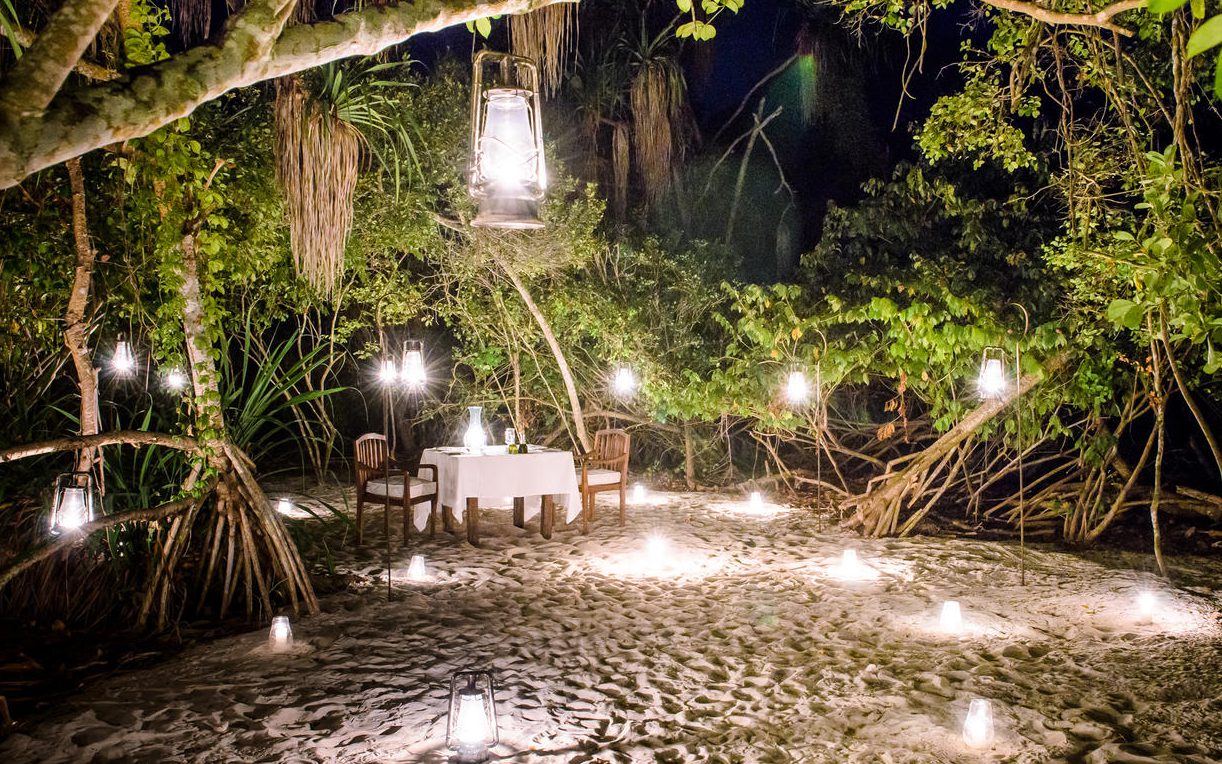 Other Lodges in Tanzania 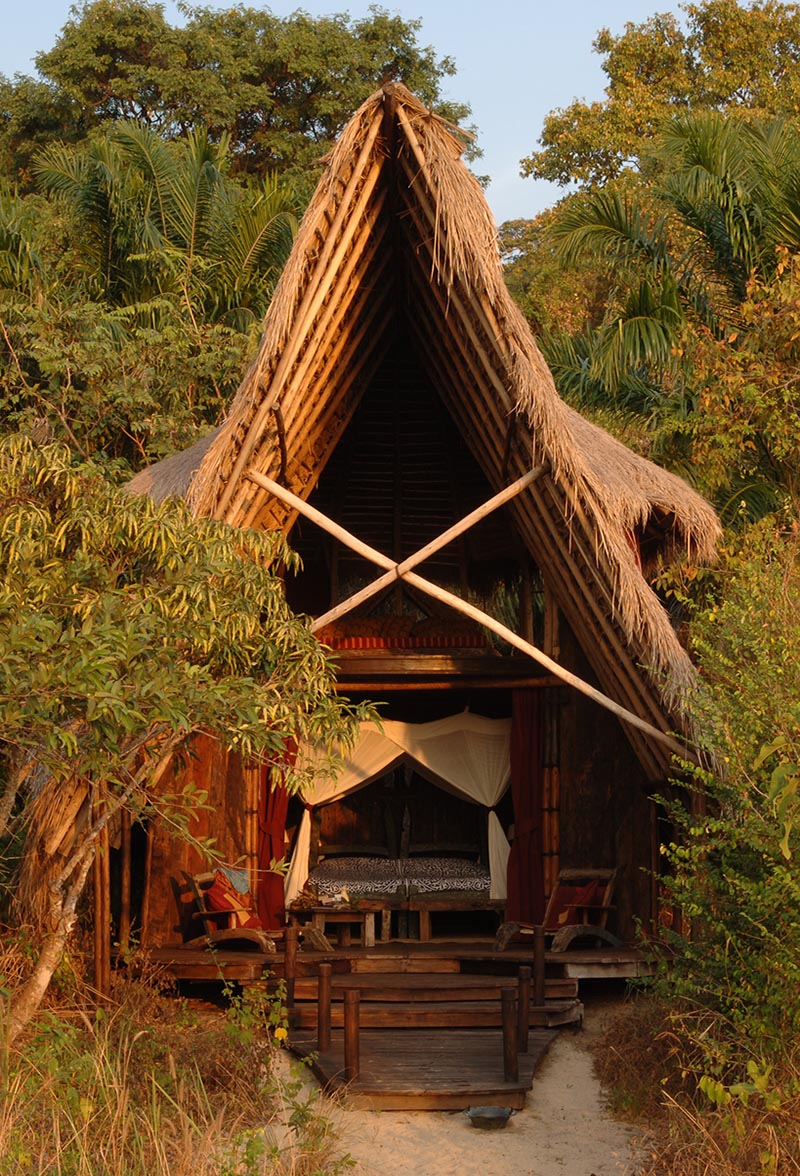 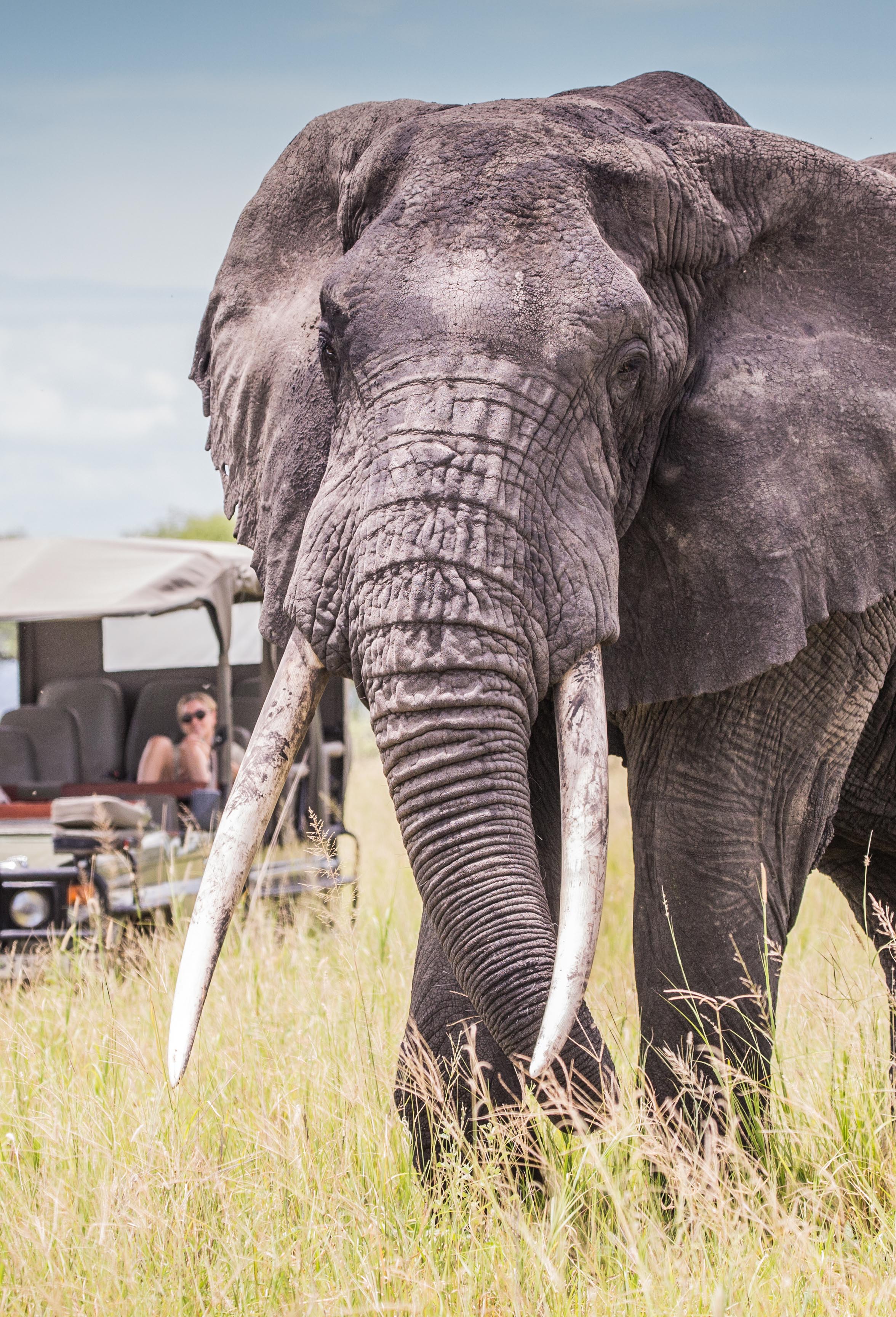 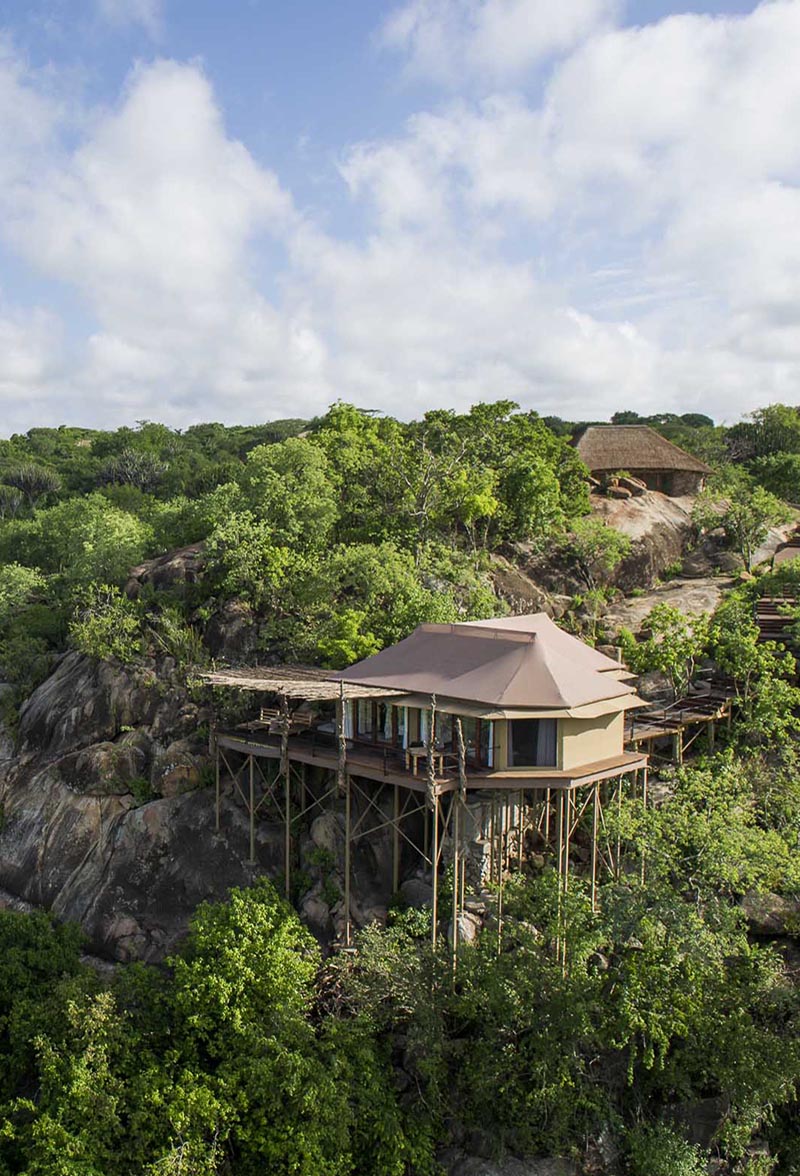 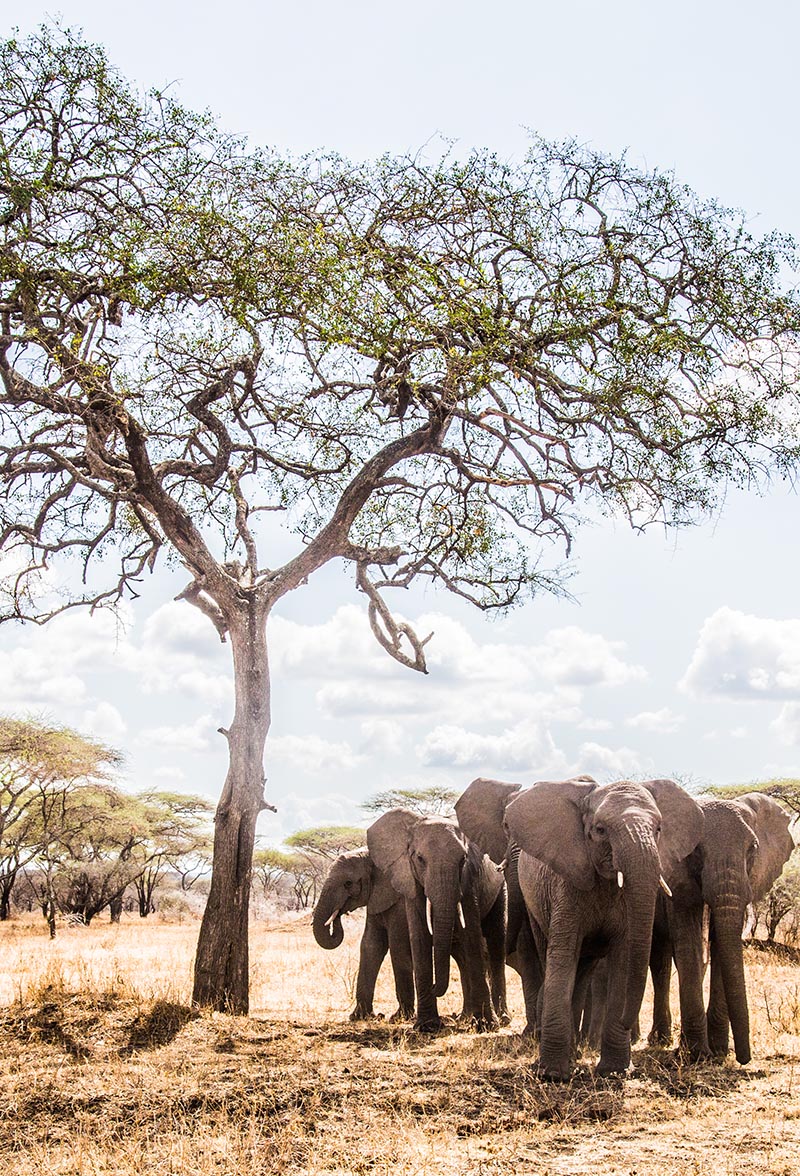 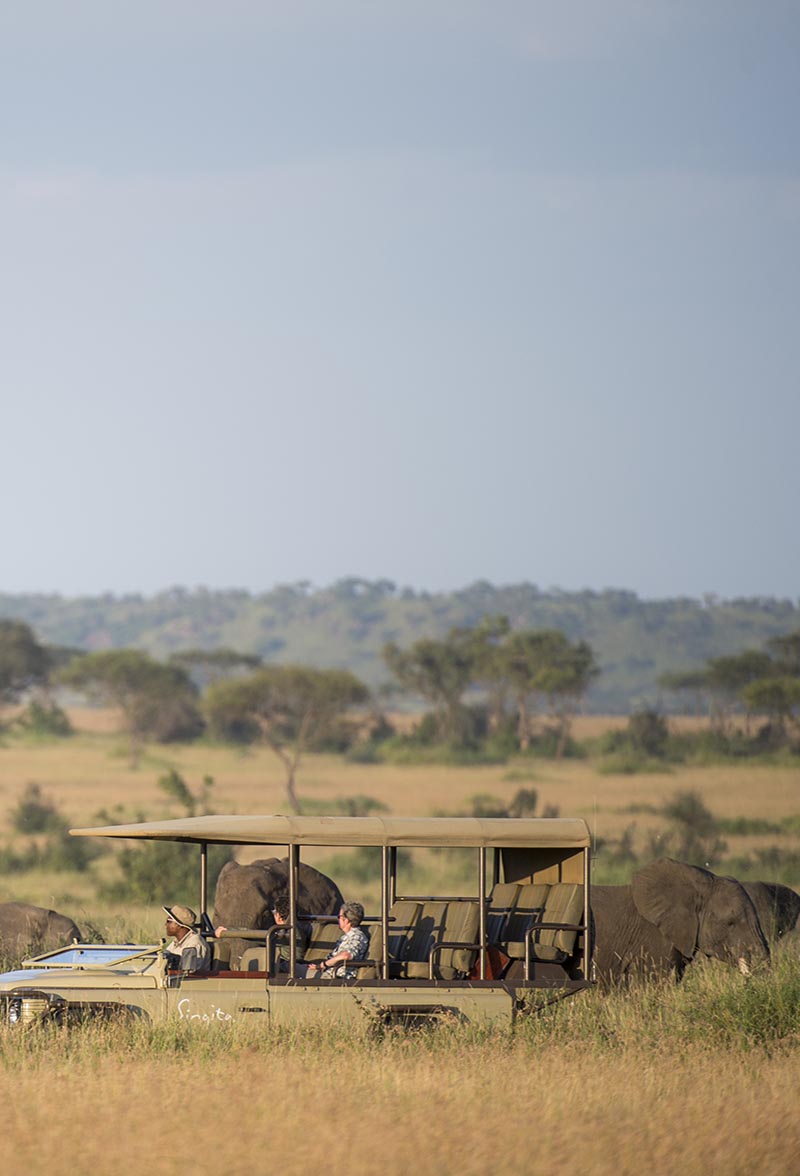 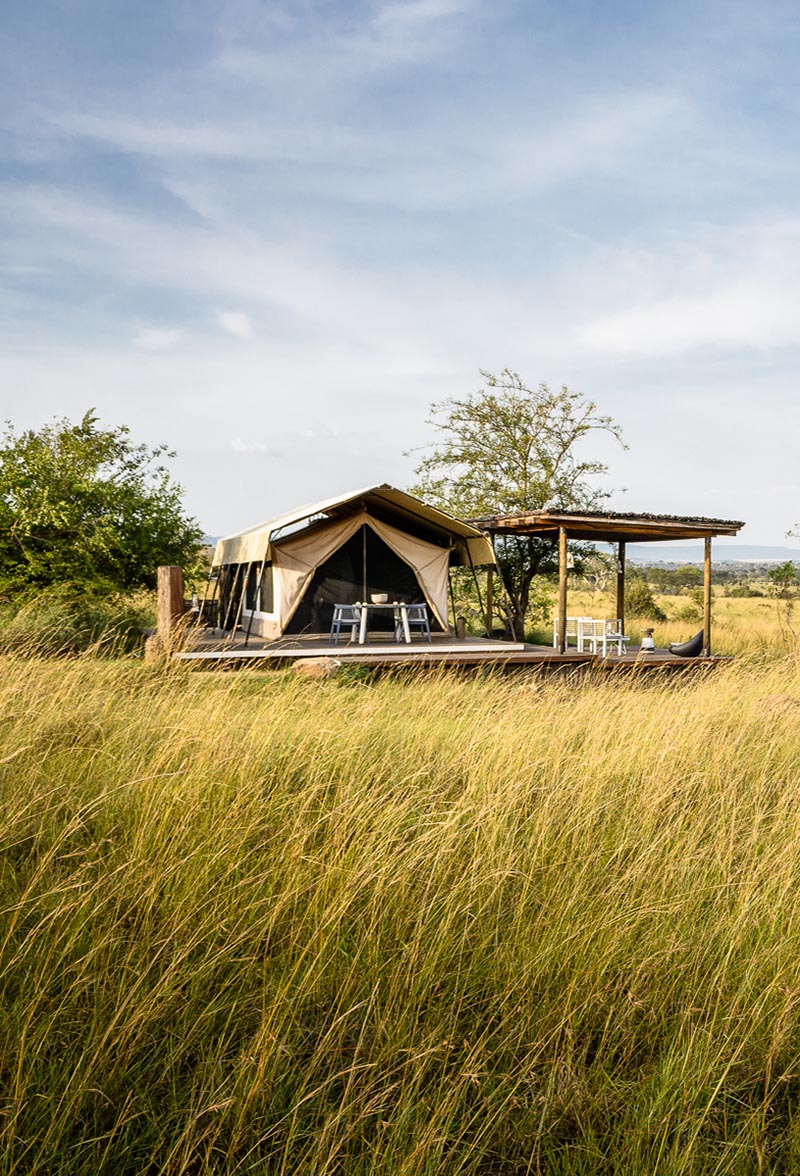 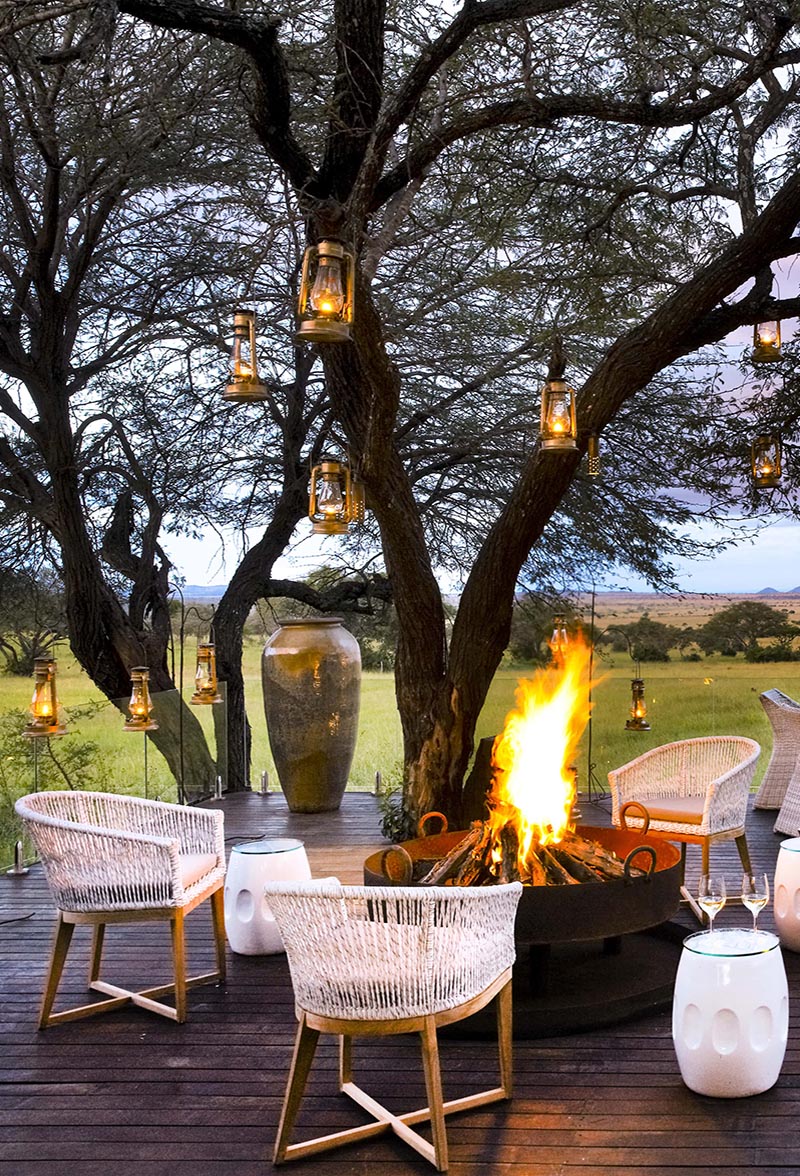