2016 has been a wonderful year filled with some amazing moments and opportunities. We at Safari Architects, have travelled extensively around the African continent; and on each trip endeavoured to capture the essence of various wildlife encounters through our images. Our goal is to capture moments we experience with our guests so we can all relive these incredible memories in the future. With luck and a keen eye for interesting and dynamic scenes, opportunities are presented which can earn the photographer accolades down the line. Chris and Mike, have managed to capture some fascinating images and have been fortunately recognised in various competitions and photographic features during the course of the year. 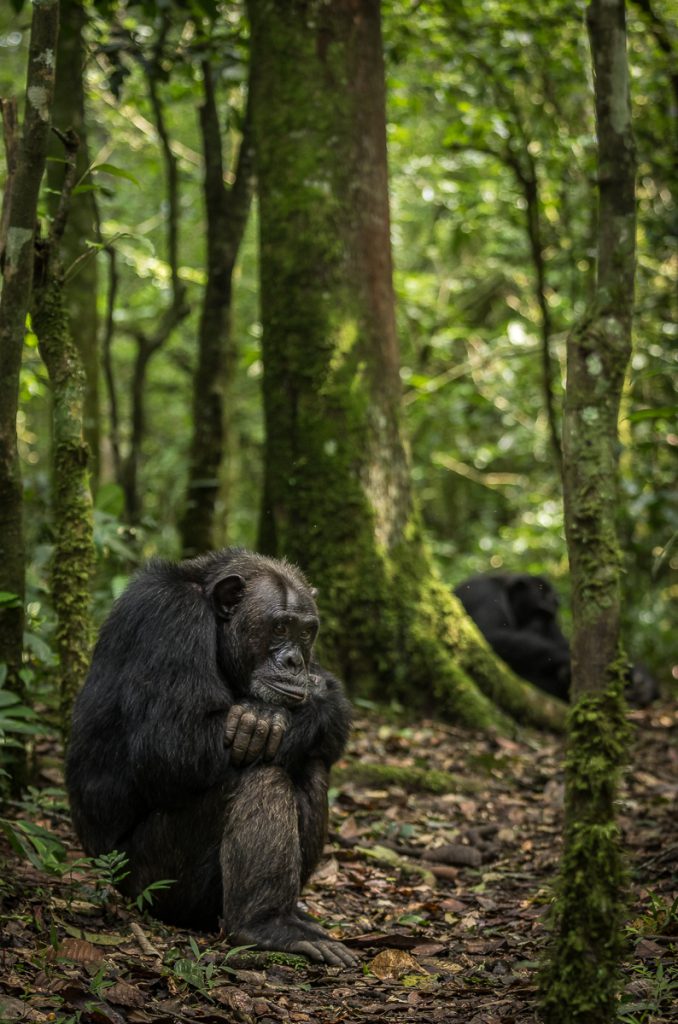 The Alpha male of a troop of chimpanzee. An almost human expression, the tough life of a leader shown through the strained wrinkles on his face ~ Chris Renshaw. 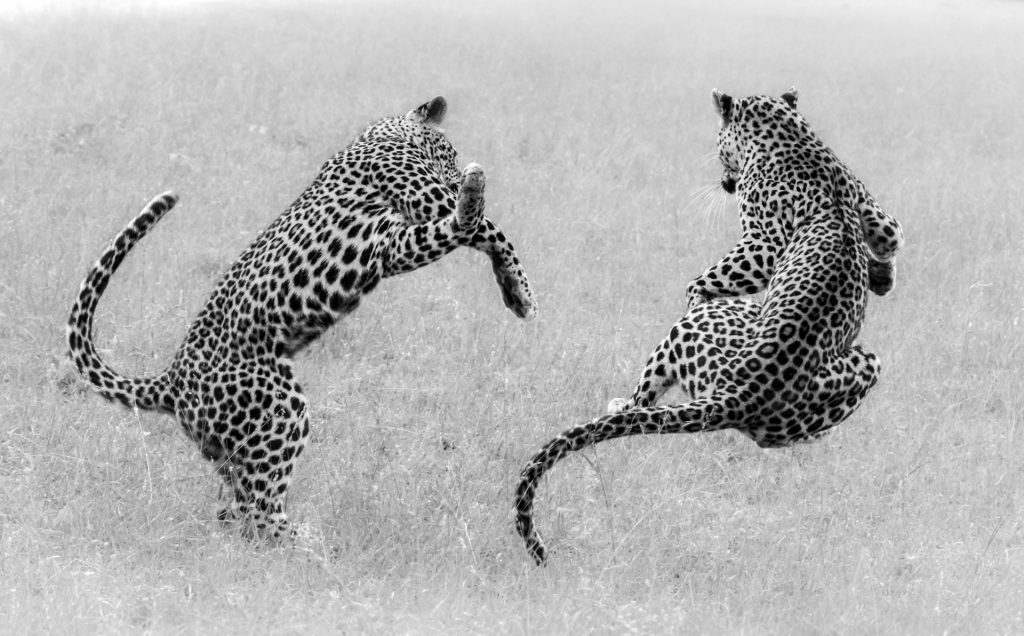 A mother leopard and her subadult son at play. Little does he know that this lifestyle will soon be over and he will have to use these skills learned to look after himself ~ Chris Renshaw. 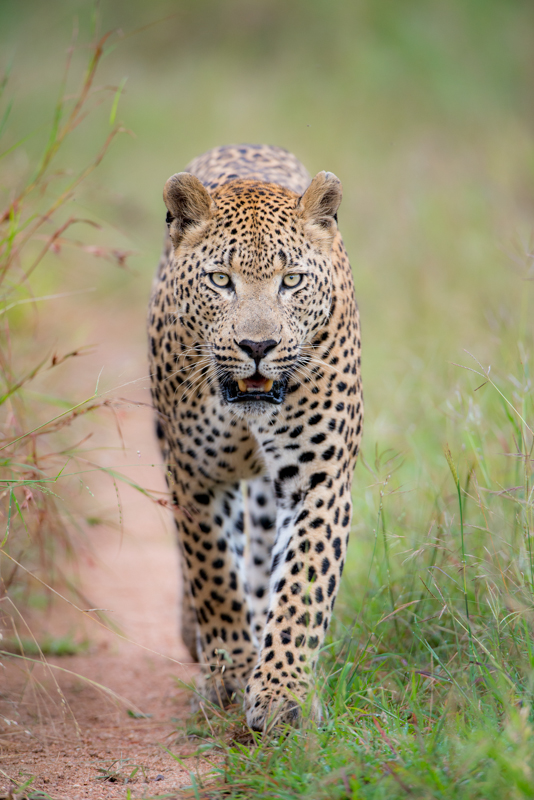 This competition runs for a 6 month period and the top 10 is chosen from each month. Chris had three of his images make it into the top 10 for the month of August and October; while Mike Sutherland made the top 10 in October. Mike’s image made it through to the final with the coveted “Viewers Choice ” award. We wish him luck this coming December! All these images were then also featured in an article by the newpaper titled, “10 wildlife photos form the Kruger Park that’ll blow you away”. Follow the link below. 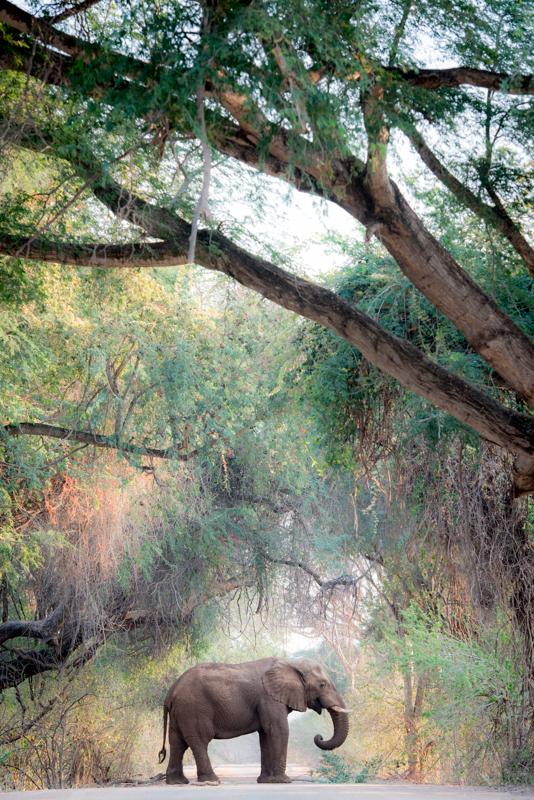 An elephant bull feeds in the canopy of the forest. Captured in the Pafuri region of the Kruger National Park, South Africa ~ Mike Sutherland 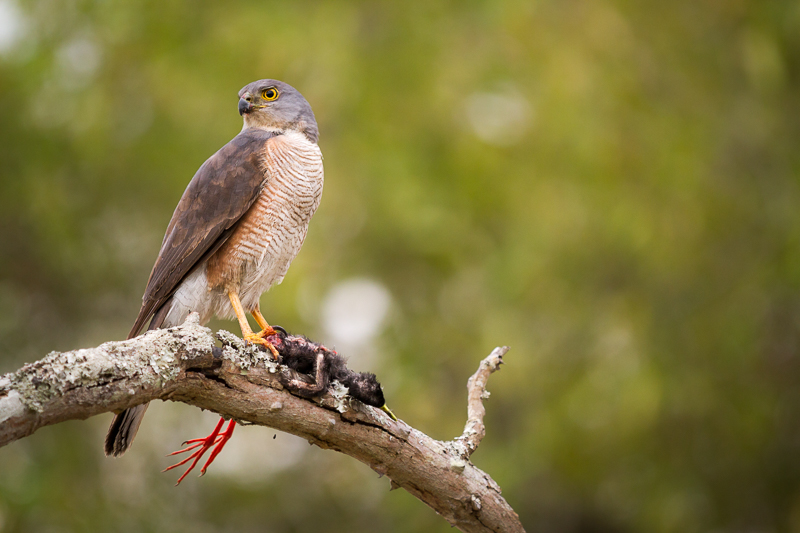 An African Goshawk with a rare and unlucky Black Crake ~ Chris Renshaw. 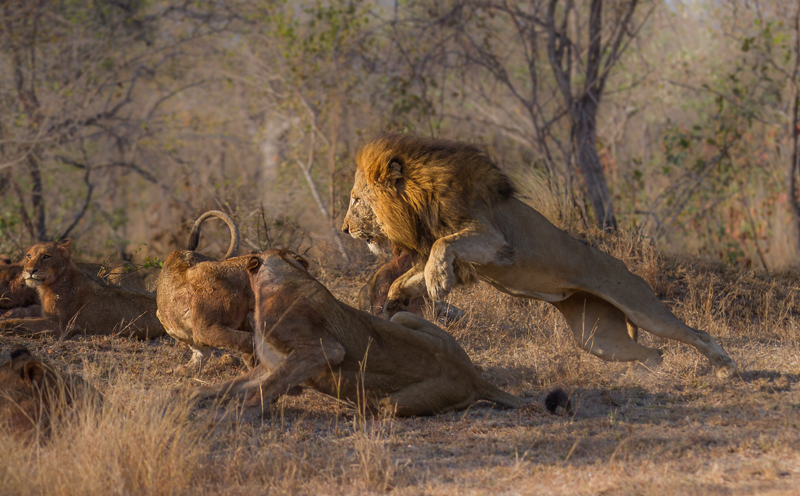 A male lions asserts his dominance over his pride at the scene of a recent kill ~ Chris Renshaw. 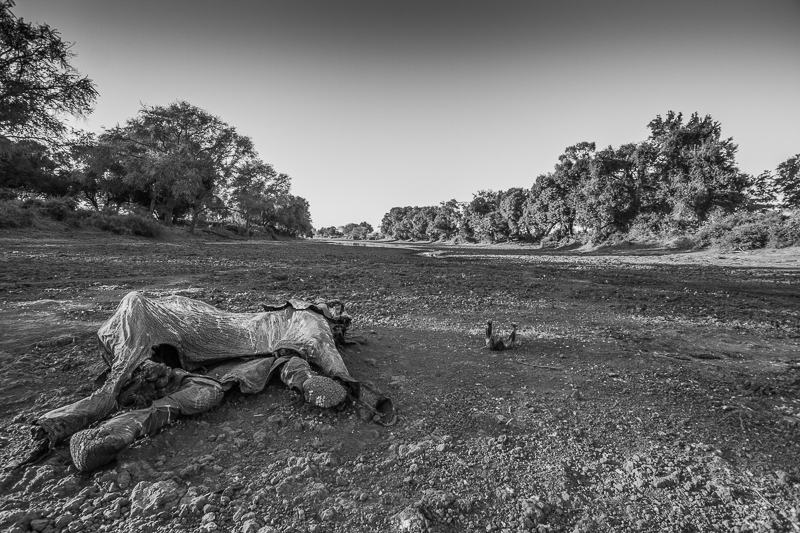 Mike has also been lucky enough to feature in National Geographic on 2 separate occasions.

The first feature was for an article written about the Nedbank Tour de Tuli, a mountain bike race that traverses South Africa, Botswana and Zimbabwe. See the article in the link below:

The second feature was for Nat Geo Wild, Animal Fight Night, on the National Geographic Channel. Mike filmed a sequence where 2 related female leopards came into contact with each other in an almighty fight. The older of the 2 had been courting a male and during their time together, the mating pair entered into the rival female leopard’s territory. This sparked aggression from both females and lead to an incredible scene. Both leopards engaged in a physical altercation, chasing each other, then tackling each other, rolling and swatting aggressively to show their dismay.